Beachcombing is a great source of gaming scrap and natural materials for terrain (stones, driftwood, fishing line). Interesting textured bits of plastic. And cuttlefish, but that’s for the postscript.

Good beaches for Beachcombing  include Cornwall and the Scilly Isles.  Holywell Bay beach in Cornwall even has Lego washing up from a lost shipment but I have never found any. Lyme Regis in Dorset has ammonite fossils and Victorian and early 20th century scrap falling out of the cliffs onto its beach.

A lovely beach cafe on the Isles of Scilly has a wall cabinet full of things found in the beach sand, including the bashed and still faintly  painted remains of lead soldiers lost before the 1960s.

Very rarely do I find figures. 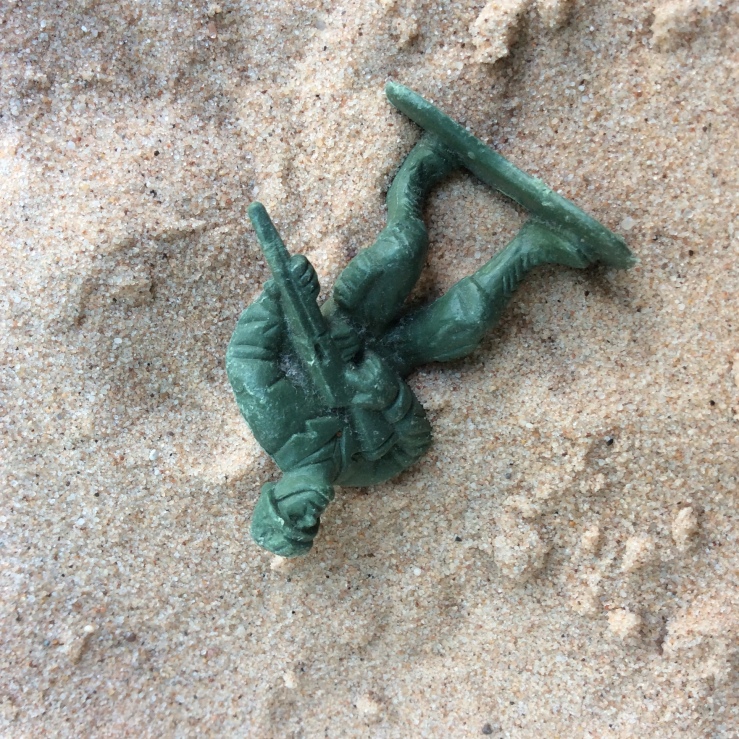 Another plastic figure I found lost on a Cornish beach was another modern green army man. 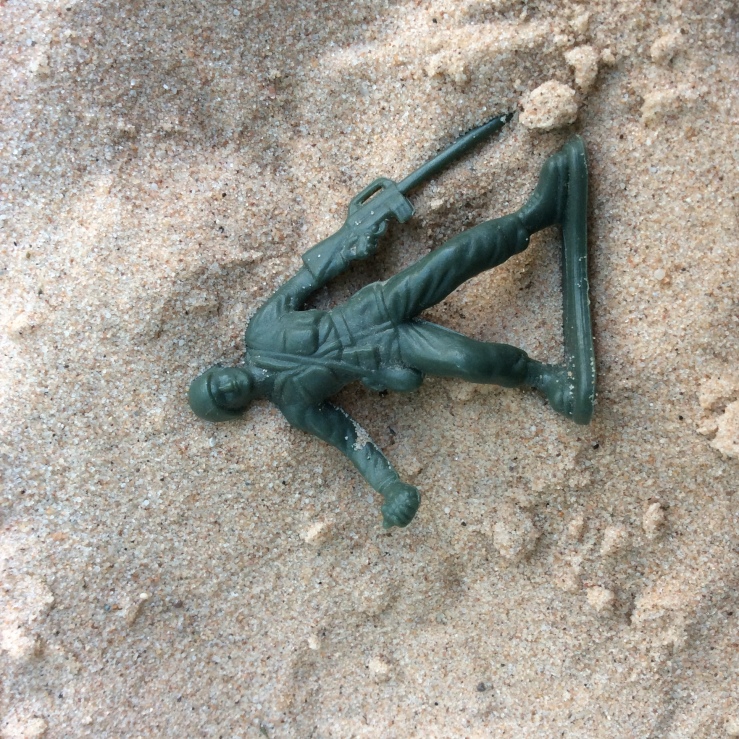 The first figure had obviously been fighting on the beaches longer as he was quite sandworn. 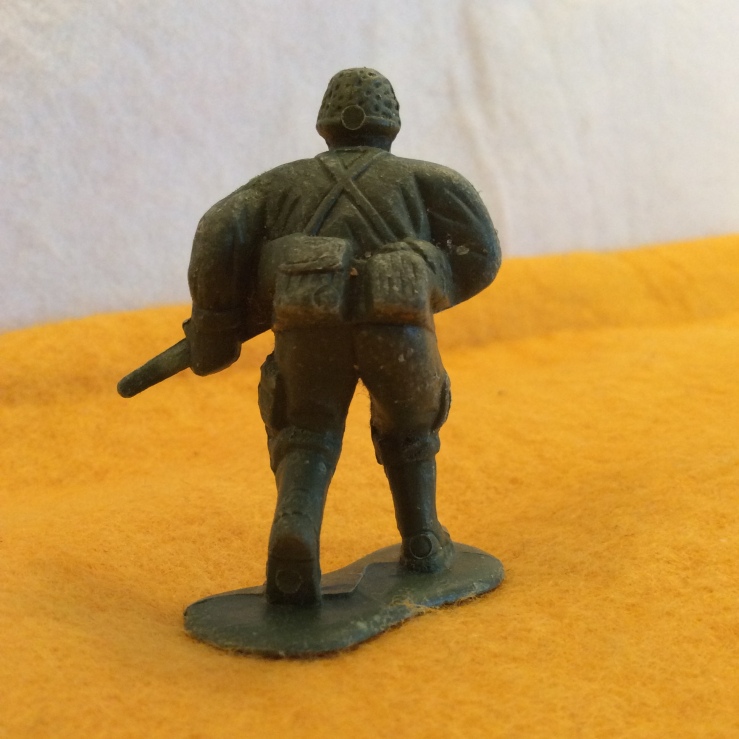 As with the Scilly beaches’ battered and  lost lead legions, some child holidaying or visiting on a Cornish  beach must have mislaid these figures when demolishing or defending their sand castle.

Oddly,  despite sand castles and coasts to defend, I have yet to find plastic knights or pirate figures whilst Beachcombing.

In a future blogpost, I’ll talk more about sandpit rules that  you can find online, the odd sandpit or sand table disaster and  lost Airfix figures.

Postscript (and a warning?)

A goldsmith and Cornish jewellery maker I know and talked casting with used very dry cuttlefish for experiments in textured casting, his work inspired by natural forms.

I’m told by some that work on bringing the past alive to visitors on prehistoric coastal sites that simple jewellery moulds can be made in cuttlefish.

The goldsmith may have been using silver or other metals, very different from the Prince August model metal I am used to.

In thanks for the chat and the arrival of the jewellery commissioned, I sent him one of the early Prince August toy soldiers I’d made.

Hopefully it still stands guard over the precious metals in his Cornish studio.

The cuttlefish would have to be very, very dry as wet materials and molten metal tend to explode messily, as Donald Featherstone points out in his advice on making simple Plaster of Paris figure moulds in Wargames (1962) as does Iain Dickie in Wargaming on a Budget. They need to completely dry out first and have no trace of moisture left if you enjoy having your sight, a face or a kitchen left. 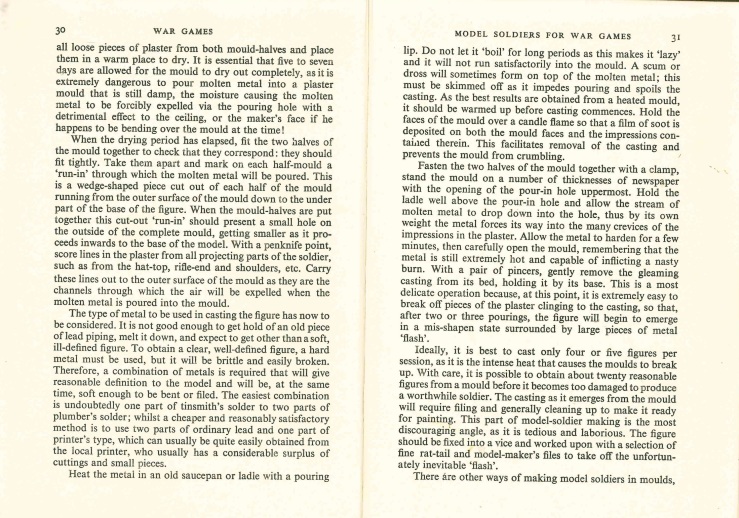 More on Lost Legions and that Cornish goldsmith in another post …