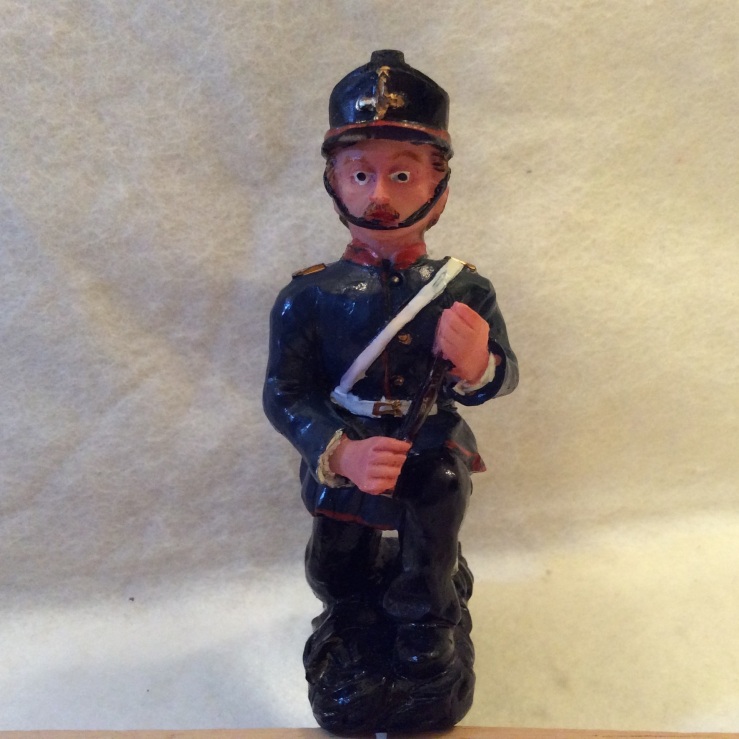 Another strange bargain purchase (this time in a ships and seaside store about ten years ago) was this battered ship’s figurehead model in a curious uniform. 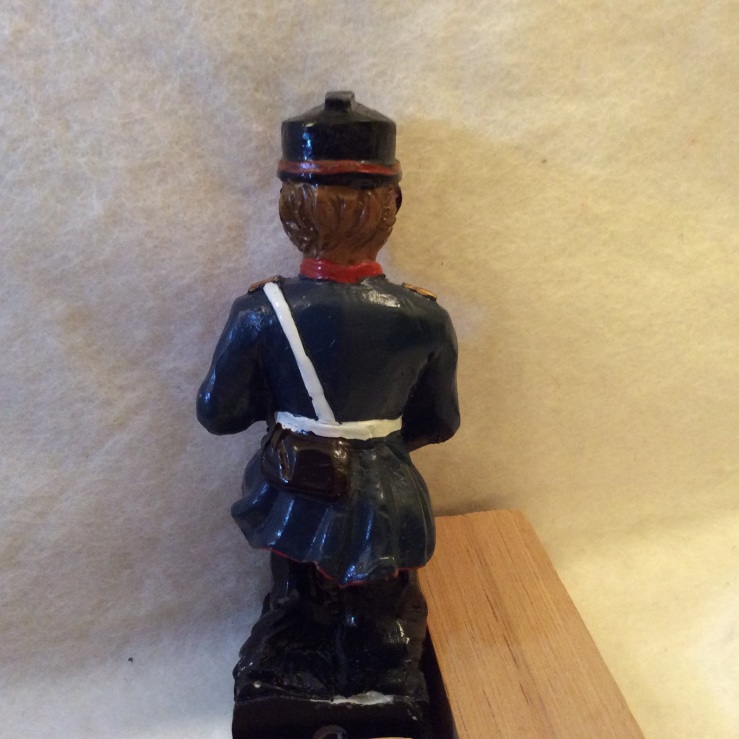 About 60mm or 6 inches high, the figure was attached to a nautical anchor sort of clothes hook for wall mounting. The bargain as broken figure (rifle is damaged) is made of resin or plastic. It caught my eye, despite the gaudy toy soldier style painting because of its unusual uniform.

Having read Tod  Buk-Swienty’s book 1864 about the Danish Prussian War and Battle of Dybbol that inspired the recent Scandi TV series, the uniform looks similar to the Danish uniform. It certainly looks mid Nineteenth century.

However, another possibility are the many and varied dapper Rifle Volunteer uniforms in Britain from the 1860s and 1870s onwards, units formed, extravagantly uniformed and drilled  as an early form of Territorial Army against numinous threats to Britain from ‘Foreign Powers’.

This was the strange Victorian period of the Palmerston Forts against a supposed new Napoleonic French threat to Britain.

All very ripe scenarios for What If? gaming.

Any positive ID of this ship’s figurehead model appreciated.