The FH 133 West Wind Falmouth boat was locally made by the former Tree of Life Toys company  of Paul, Penzance. 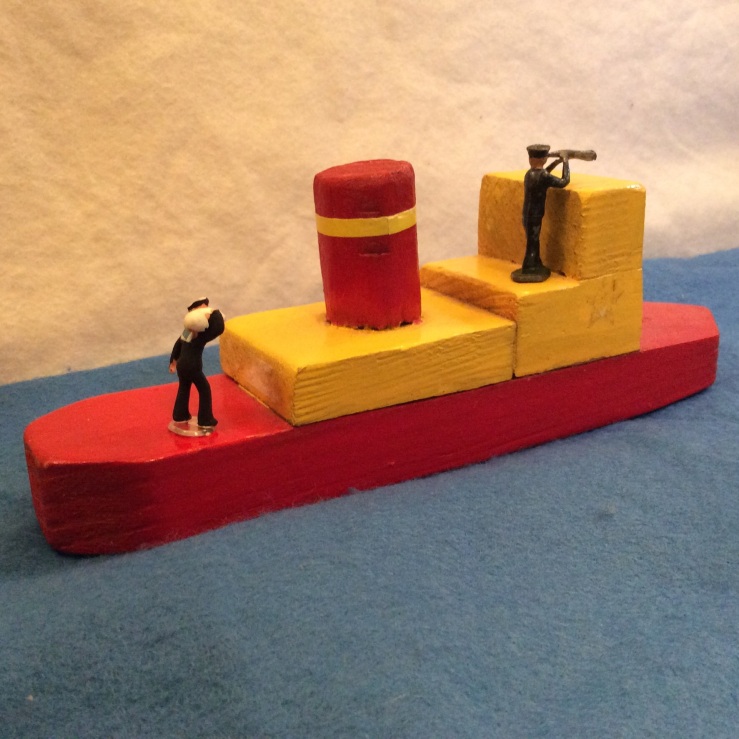 These two small wooden boats were picked up from a charity shop in Cornwall c. 2007. They are just the right size for Peter Laing 15mm figures or for the smaller OO/HO  Airfix figures and these Peco railway modelling sailors.

They also do quite well for my DIY Fimo cake mould figures of a Victorian naval landing party: 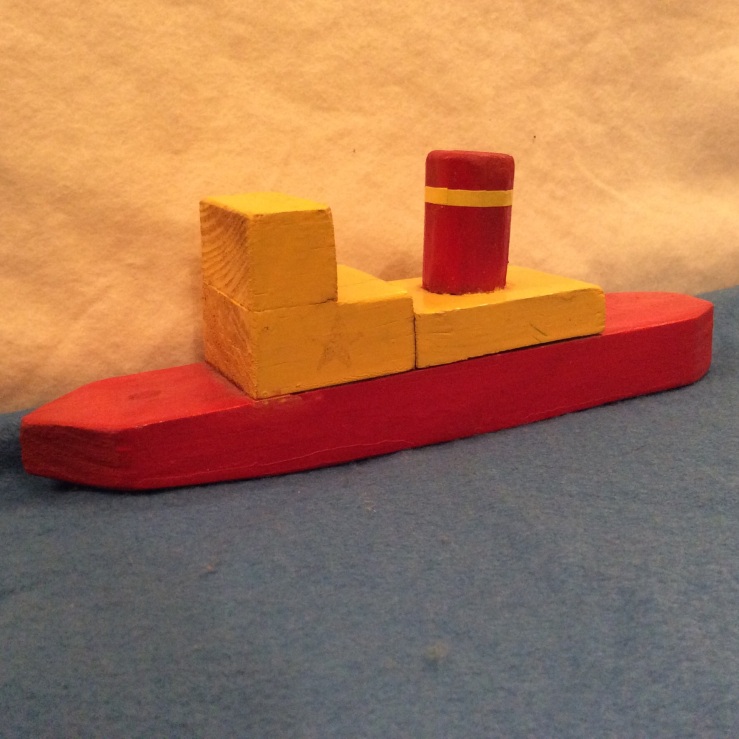 Lostwithiel in Cornwall is an interesting cluster of antique and bric-a-brac shops, a great stop-off on the railway. There I saw this handmade 1950s much larger wooden toy boat. 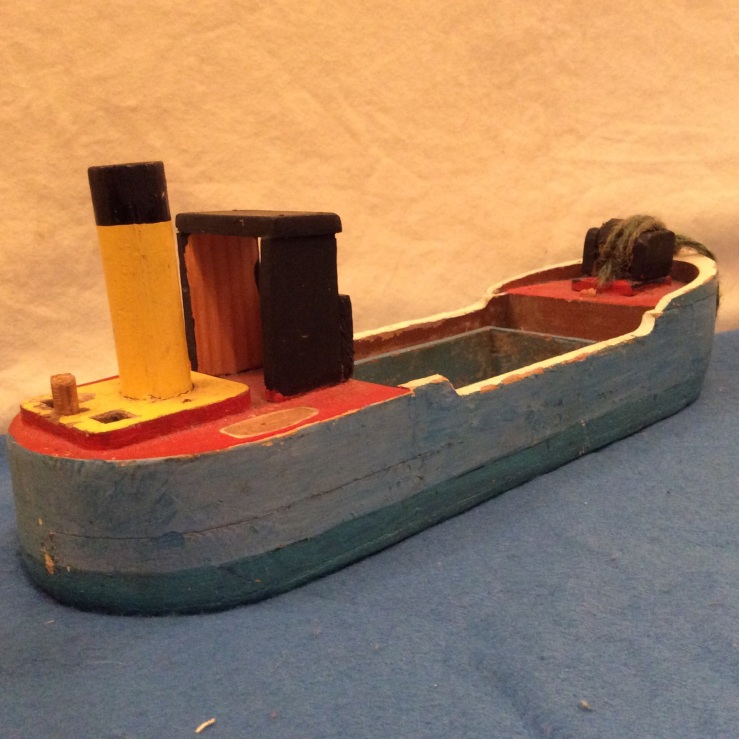 Bashed but with ‘patina’, this one probably won’t need much painting or repair.