An attractive paint scheme (if poor face painting) for a Charbens G I American infantryman figure of hollow-cast lead. 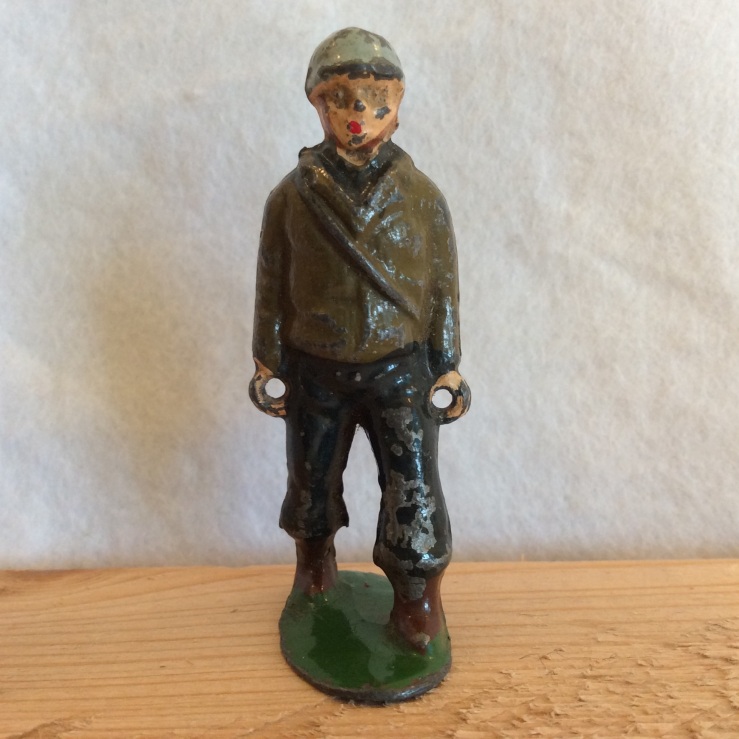 This figure in my collection is one half of a stretcher party, Charbens figure set No. 210.

They are notedly similar in style and paintscheme to Timpo lead hollow-cast GI figures of the 1950s.

Some of the other Charbens GI figures in my collection appear to have been simply repainted (by their original owners?)

Made of hollow-cast lead, they have an animation to them that you could see followed through into plastic figures like Airfix, Timpo, Crescent and Lone Star / Harvey. The lack of bases to the kneeling figure or minimal bases on the Grenade Thrower are ways of saving expensive metal and similar in this way  to the American ‘pod foot’ dime store figures. 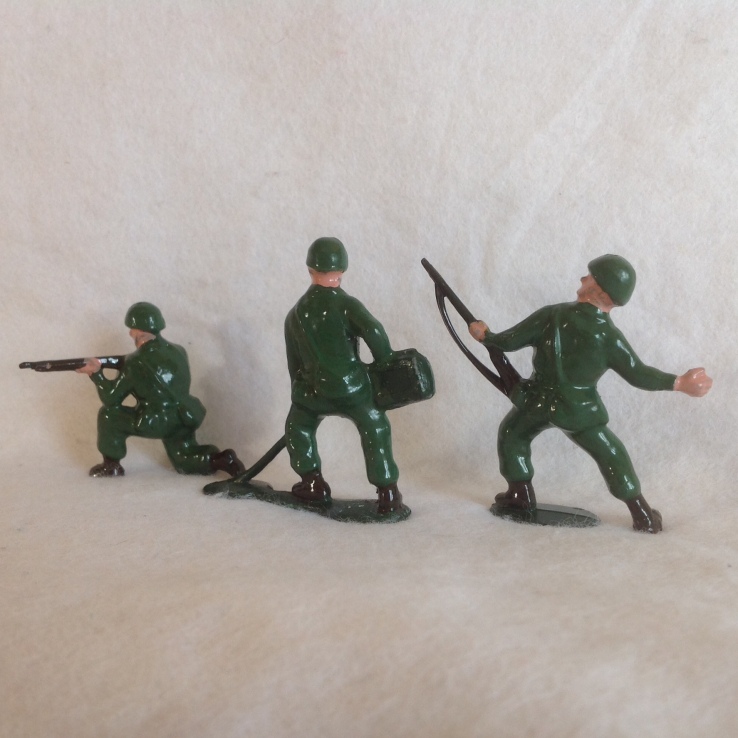 Reference numbers are to the Charbens figure list in Norman Joplin’s The Great Book of Hollow-Cast Figures (New Cavendish, 1993/99) which shows this range on page 77 / plate 143.

All these figures are postwar hollowcast lead figures produced by Charbens (London, 1920-66) from 1945 to 1960s when lead figures were phased out in favour of plastic.

The Charbens name came from brothers Charles and Benjamin Reid who set up their own hollowcast business in the early 1920s, one of them having previously worked for William Britain.