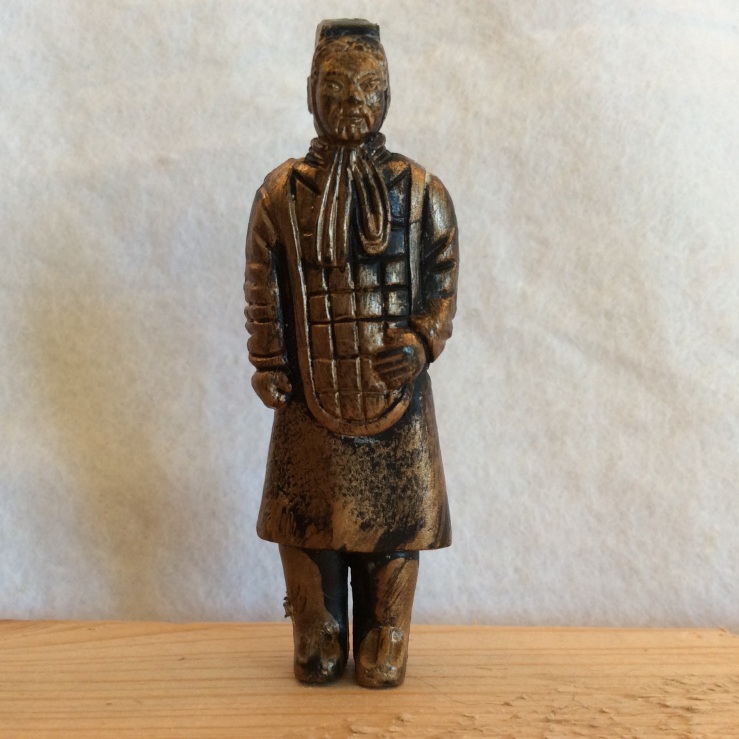 This Terracotta Army  Chinese warrior came from an  unlikely pound store source of a local Spar shop a few years ago, embedded in a block of plaster like those ‘dig your own dino’ gifts.

In these blind bags you had no idea if you were going to get a warrior, a horse or what inside the plaster block.

What I like about this figure, once excavated, is the black undercoat with simple gilt finish. A quick and simple  to try on smaller plastic or pound store figures maybe?

I wrote about quick gilt finishes and pewter effects on homecast figures in a previous blog:

The figures are about 50mm high, so almost 1:32 scale and would make an interesting figure for various games.

The figure  would look good painted up as a space emperor – Ming the Merciless from Flash Gordon?  They also have a slightly automata robotic look about them. These figures have no weapons.

Similar terracotta army figures can be made in silicon cake moulds using Fimo or other mould materials; look on Etsy or EBay for example at https://www.etsy.com/listing/155432388/terra-cotta-warriors-3d-flexible 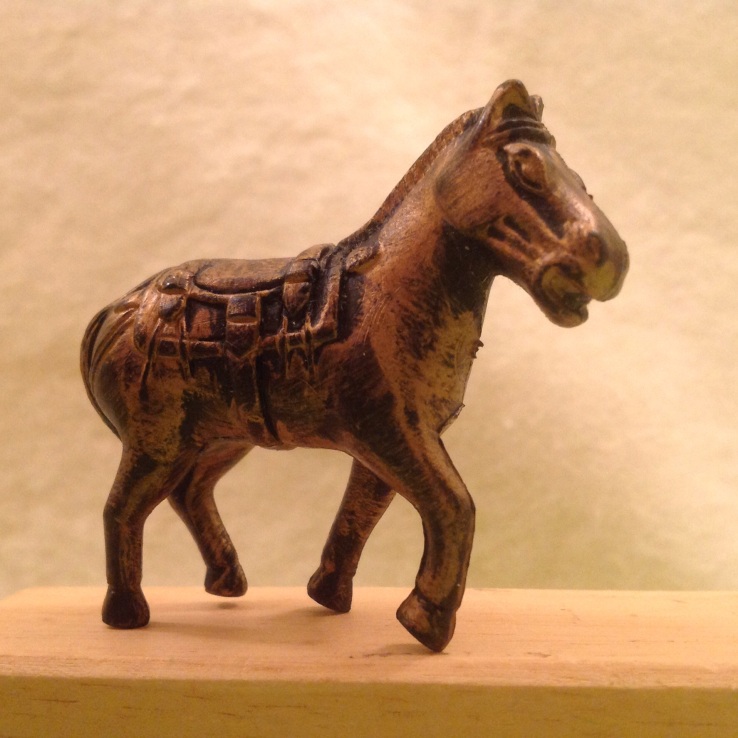 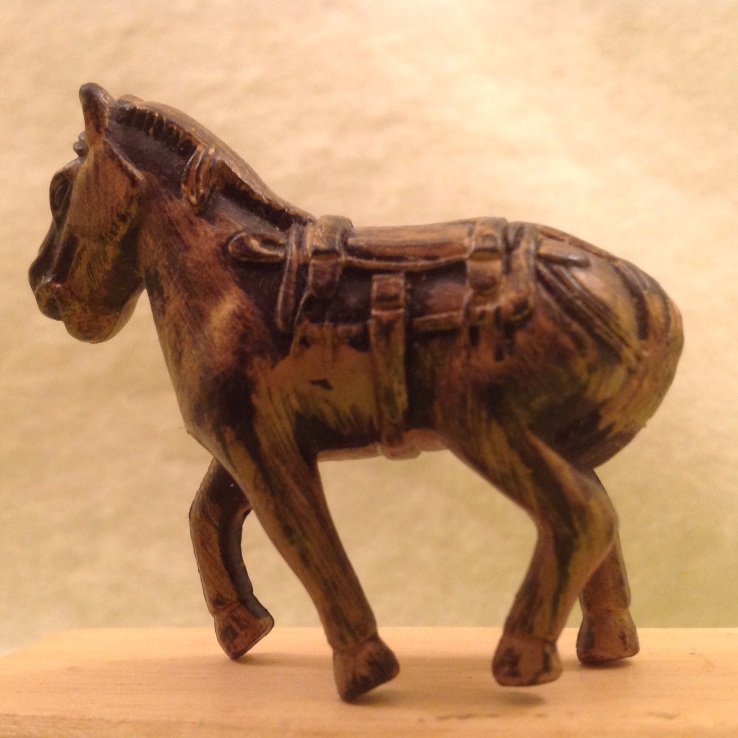 If you want to build up a Chinese Terracotta Army in tiny plastic  you could of course bulk buy on a retail scale,  minimum order only 10,000 pieces,  here is the current link: https://www.alibaba.com/product-detail/Terra-cotta-warriors-archaeological-fossils-toys_60399762717.html?spm=a2700.7724857.0.0.wO6hVa