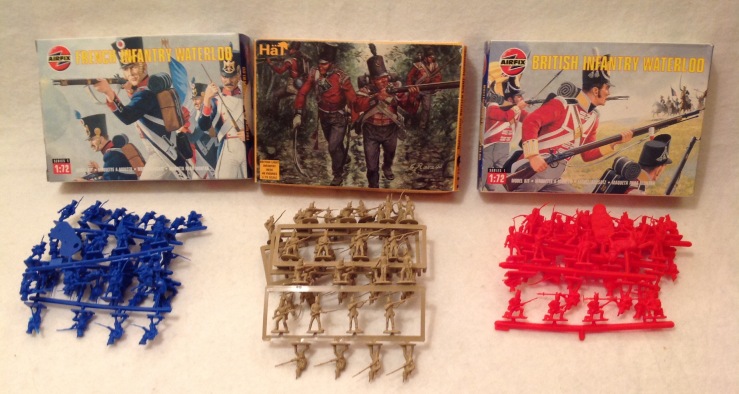 A bit like finding Smaug the dragon seated on gold and jewels  in The Hobbit, I found these treasures lurking in the dark back of a gaming shop last month.

I often pop into gaming, railway or model shops when I see them in search of scenery, paint or just out of curiousity.

Gaming shops are often strange places, darker towards the back and occupied by shuffling figures, all dressed in black. Then there’s the mumbling, arcane words about the miniatures games or card systems arrayed on tables. Foreign territory. No eye contact is usually made with strangers in civilian clothing such as me.

(For the record, I have nothing against fantasy gamers and suchlike).

It was quite dreamlike, finding a cache of kits and figures that you had been looking out for for years.

Any second  I knew I was going to wake up.

There was a small shelf of kits, vintage Matchbox kits,  multipose historical Airfix single figures, things I had not seen for years.

I had little cash on me  and little time to stop and recce.

I went straight for the vintage Airfix figures, things I knew I could use rather than stockpile.

Familiar old Airfix OO/HO Waterloo French and British infantry (reasonable at about £6 per sealed box) were one obvious and versatile choice – these partly made up for the odd lack of British Infantry in their box in my last hoard.

They turned out to be the recent 2000s Airfix reissues in bright red and blue but no matter.

The Hat British Rifles or Light Infantry are new figures to me. 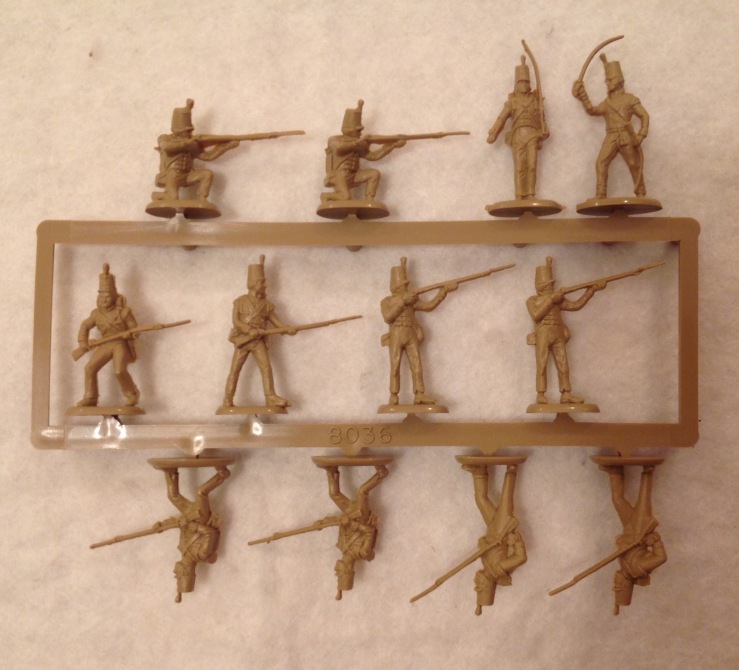 Some interesting information on the box back about the Light Infantry, suggesting  alternative uses such as Cazadores and Cacadores.

Who could resist the odd brown unit of Cacadores or US 1812 Infantry, like those pictured in Preben Kannik’s Military History of the World in Colour ? 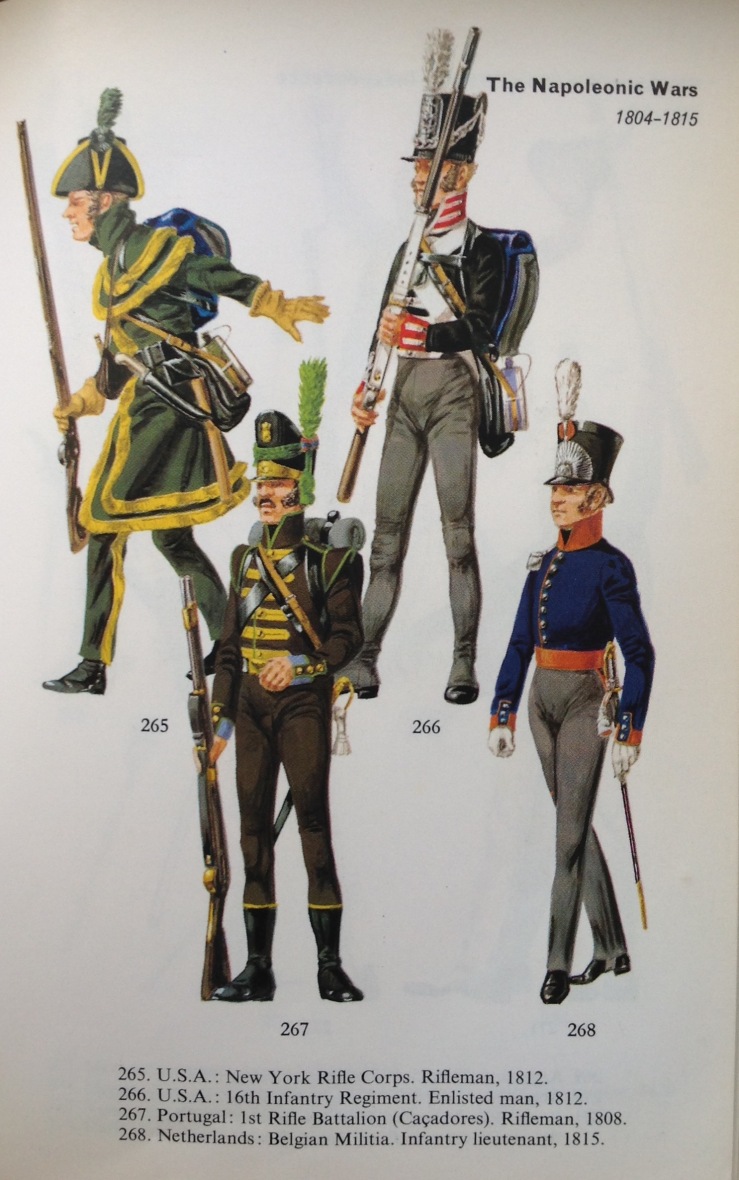 These oddly shakoed Hat figures would pass (for me for games purposes) for 1840s British Infantry or Militia in a railway-related scenario that I am working on.

I also spotted their potential as British or US Infantry in a War of 1812 skirmish scenario that I am working on for 2018 with the Waterloo British Infantry.

There was only one lone  box of 1:32 figures to choose from but a good choice – Call to Arms 54mm Zulus – something Airfix strangely never made, despite the popularity of the 1960s ZULU films.

They should match in well with my repaired hollow cast zulus. https://manoftinblog.wordpress.com/2017/02/17/ashantees-or-zulus-reborn/

By luck I have a pack of the Call to Arms 1:32 Rorke’s Drift British Infantry to match them, bought several years ago.

I went back to the gaming shop a week or two ago.

The mumbling black clad figures and the private gaming were still there.  None of the other  vintage material was there. The shop assistant had no knowledge of it.  All the remaining kits were gone. Maybe it had been a dream after all …