The  festive season has brought some gaming delights to be shared on the blog over the next few weeks. Usually crackers only yield up the occasional useful dice.

Some were unexpected delights like this Christmas Cracker derived air capability.

This tiny 5 part airplane kit is very useful, being about 15mm sized, especially after opening up the double cockpit to make a single seater.

I shall have to look about for a suitable Air Force type figure or two.

I don’t think Peter Laing ever made any 15mm aircrew, which I think a little odd.

Odd, considering that the scale of 15mm figures were accidentally invented by Peter trying to make figures for 1:144  aircraft. He produced a small range of WW1 vehicles and tanks but no planes.

Check out the Peter Laing Community  page on Google plus or this website for more about his WWI and WWII range.

This airplane story is mentioned in the December 1982 interview in Military Modelling, one of the filleted  magazines for useful article pages from my scrapbook. I found it really interesting to see who and where my figures came from. 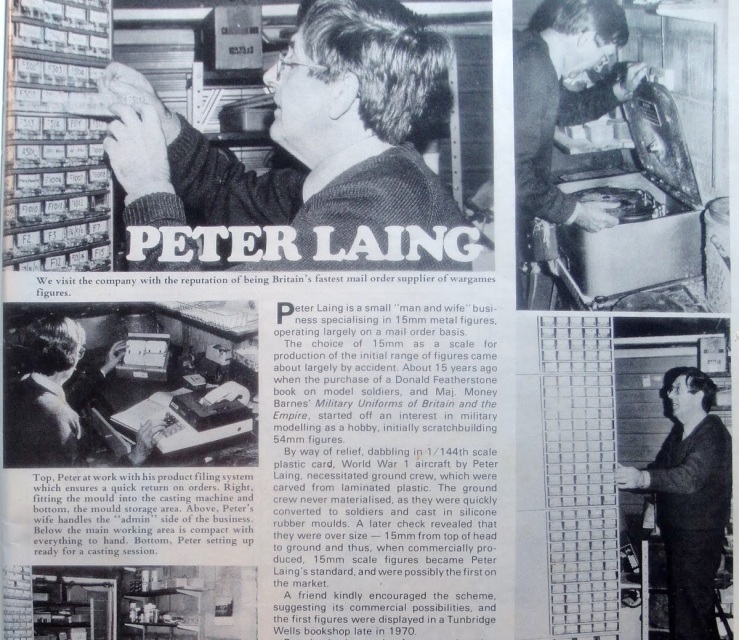 The full article can be read at

More shots of the near finished aeroplane.

I have yet to work out what decals may be required.