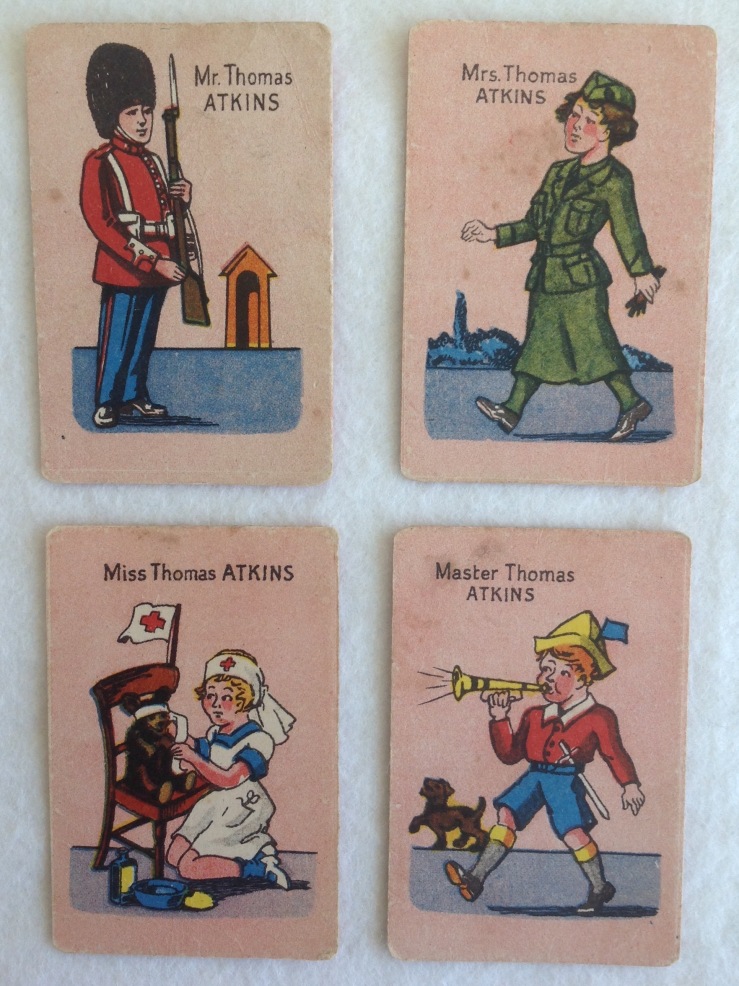 I don’t have many female miniatures or toy soldiers. The Queen, the odd nurse or land girl, a few  female pioneers or Wild West Civilians. None of them are quite like the scantily clad Phoenix Phollies Figures  (Phigures?) that lurked expensively in the back pages of Military Modelling magazine in the Eighties, near the latest Peter Laing adverts. You could (and I did) buy a small  15mm Peter Laing army for the cost of one of those female (or male fantasy) figures.

I had heard of Flora Sandes the British Sergeant Major through Kate Adie’s book From Corsets to Camouflage. I had also heard of Scottish nursing teams in WW1 at Ostrovo in Serbia. http://www.britserbcham.eu/british-nurses-in-serbia-1915/

The #Fembruary challenge seems to have come from

Maybe #FEMbruary this year is extra special because  it is the 100th anniversary of The Representation of the People Act on 6 February 1918 / 2018.

This enfranchised or gave the vote for the first time British women over 30 who qualified as property owners etc and British men over 21. To match the men without property who could vote, the women’s vote would finally be widened to all women over 21 in 1928. About blooming time!

Women partly earned this long-fought-for right because of their contribution to the war effort in WW1 stepping into many professions that had previously been denied them as men were called up.

How could you conscript and sacrifice the lives of large numbers of working men in the name of democracy, when these men without property didn’t have the vote back home?

A surprisingly large number of women died on the Home Front in munitions, air raids and overseas on active service through enemy action and disease.

This is the focus of the WW100 commemoration this year with the First World War Centenary Partnership and the Imperial War Museum.

The Fantasy gaming world has more female gamers than the historical gaming / wargaming community. There are  a few female Wargames bloggers such as Tamsin P. , “That mythical beast – a female Wargamer!”of the Wargaming Girl blog http://wargaminggirl.blogspot.co.uk

Gaming has also had (in the past?) some fairly unrepresentative or oversexualised female miniature figures, something that is being challenged by the ‘Dice Bag Lady’ Annie Norman who runs Bad Squiddo games. http://badsquiddogames.com

“The number one aim for Bad Squiddo Games is to create and supply the miniatures that would have made the hobby far far better for my 10 year old self. To welcome more young girls and women into wargaming and miniature painting, as well as providing diverse options to the entire gaming community. And yeah – cool toys!” Bad Squiddo website

What can Man of TIN do to mark #FEMbruary and the WoMan of TIN?

At a risk of distorting my New Gaming Year Unresolutions 2018

#FEMbruary 1: look through my toy soldier collection and pick out some of my favourite female figures for this blog

#FEMbruary 2: do a tissue paper and PVA Featherstone conversion on one of my childhood 1:32 Airfix Footballers into a high stepping saloon girl (with or without rifle?) for 54mm Wild West games

#FEMbruary 3: convert one of my Steve Weston Mexican Civilian women into a handy Votes for Women Suffragette?  Suffrajitzu anyone?

If it doesn’t all happen in #FEMbruary, there’s always the very FEMinine sounding  #April #May #June #JulieorJulius #Augusta and #NoFEMber?

Battle Game of the Month: Half a century of wargaming