The first of my #FEMbruary challenges was to find and photograph some of the female figures in my toy soldier collection:

This is based on a #FEMbruary challenge by Leadballoony which ImperialRebelOrk passed on, in his own words: “I would like to propose that we add Fembruary to the list – a time of year for us to collectively challenge the male domination of our collections, and commit to painting some female miniatures for a change…”

I may not have painted any of these following fine toy soldiers but they do challenge the male dominance of my toy soldier collection in a big way.

If you are going to give young women (gamers) something to identify with and aspire to, why not start with the top job?

This WWII young Princess Elizabeth is quite a different figure from her familiar Britain’s metal incarnation on horseback as Queen for Trooping the Colour.

A far less glamorous uniform, more in common with the sensible stockings and drab green of the WRVS lady, although I think this WW2 Princess Elizabeth figure rather “bigheaded” in its moulding.

This fine Britain’s horseback Queen figure lives in a box or a display shelf. Somewhere I have a  fine parade version on her horse Burmese in the modern Britain’s Hollowcast Figure range.

An even finer horseback figure is the young Queen Victoria in a recent Britain’s release of Queen Victoria presenting the first VC to Commander Raby, RN for his service in the Crimea. 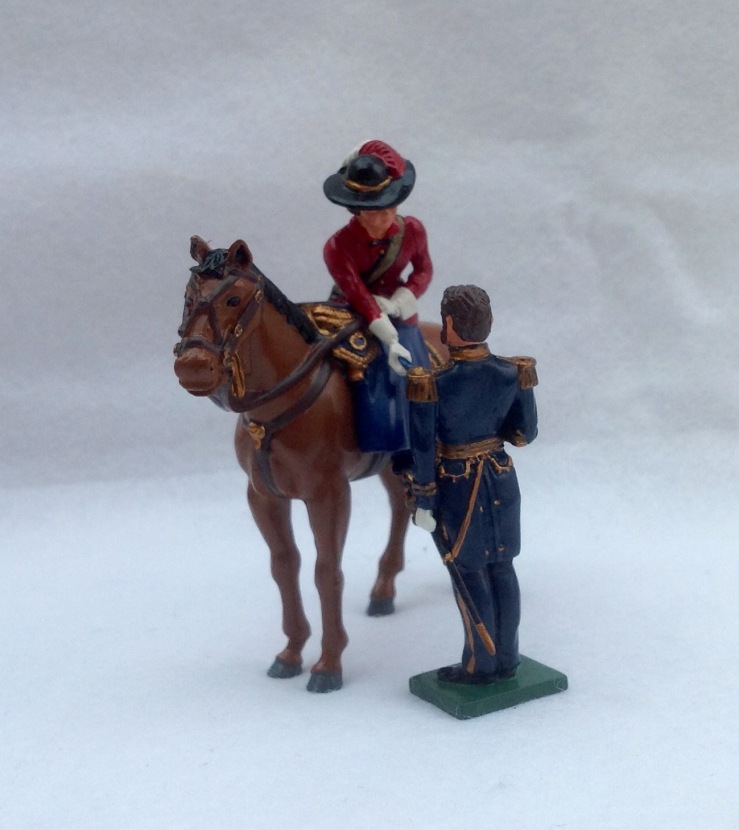 These sets look good from all angles, with excellent toy soldier Gloss style painting. Having these in your collection gives  you some fine reference points.

So that was the top job.

Somewhere I have a rather Davros looking,  stern  Queen Victoria in her old age (Dorset Soldiers I think) to look out and finish painting for FEMbruary.

My next #FEMbruary blogpost will feature some slightly more ordinary women than HM the Queen, women such as the WRVS lady and others,  along with another Crimean figure. A female one … any guesses?

Blogposted for #FEMbruary by Mark, Man of TIN February 10th 2018.

Here are the candidates for my #FEMbruary challenge 2: some Featherstone Airfix footballer conversions to Wild West saloon girls … 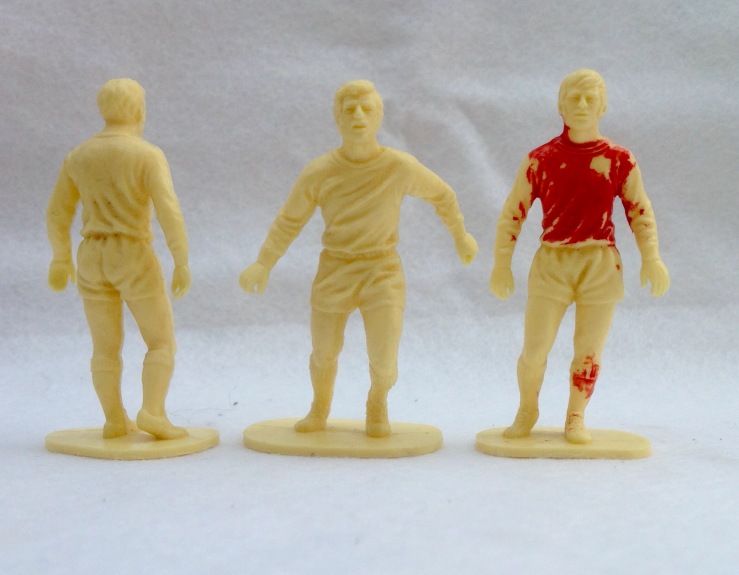 3 thoughts on “#FEMbruary challenge 1: Two Queens and one VC”