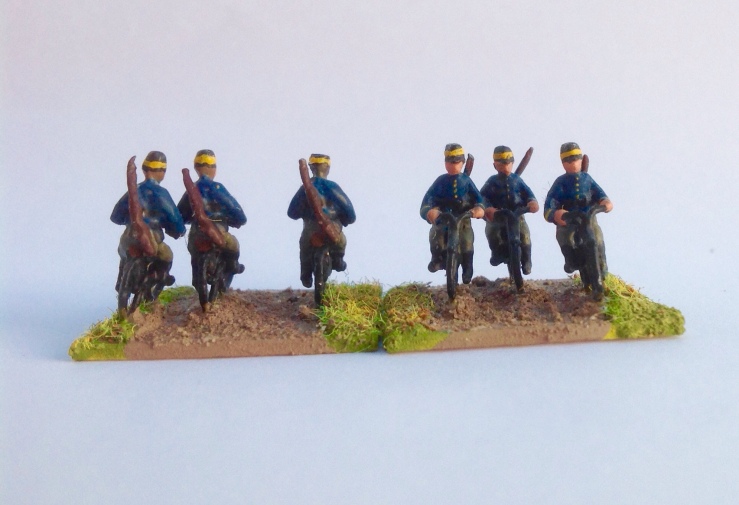 I have neglected my 15mm  Peter Laing figures this year. I also have to confess – I didn’t paint these 15mm Belgian cyclists, but I did spot them for sale online buried away amongst thousands of 15mm listings. 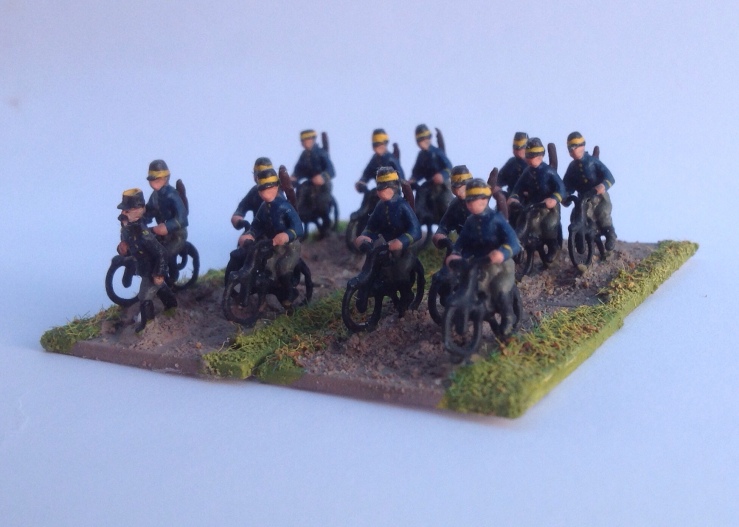 These cyclists are attractively based in units on road section bases.

Looking up the website of experienced Peter Laing collector John Patriquin (The Wargame Hermit blog) I saw an unpainted cyclist casting that gave me some hope that these figures for sale online were by Peter Laing. The sales photo left me with a few doubts. http://wargamehermit.blogspot.co.uk/2014/04/peter-laing-machine-gun-cyclsts.html

Nearby were some well painted 15mm Peter Laing WW1 Belgian infantry which I also purchased.

The Belgian infantry Carabiniers wore an interesting black uniform and shako that had yet to be fully modernised by the time WW1 broke out in 1914, so some units went to war in almost Napoleonic uniforms. 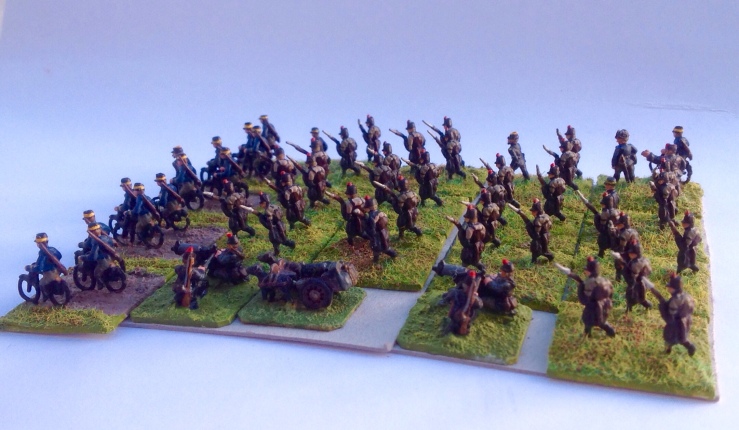 Although they are not Peter Laing figures, there are some attractive dog cart machine guns and the odd officer figure by another manufacturer.

Eventually I will split these unit bases up and rebase them as my rules use individual figure bases.

Another old unposted blog entry on Bicycle Troops
Finding some odd bicycle troops amongst a job lot of Peter Laing WW1 and WW2 15mm figures was interesting – still not sure of maker.

From Victorian era  Boer War bicyclists to modern Afgahnistan and the modern Swiss Army, bicycles have played an interesting role in getting infantry and paratroops mobile, from the WW2 Bicycle Blitzkreig through  Japanese cyclists on the jungle tracks to the airborne  infantry with their parabikes.

Both of these I look forward to reading, they are now on this year’s 2019 reading list. 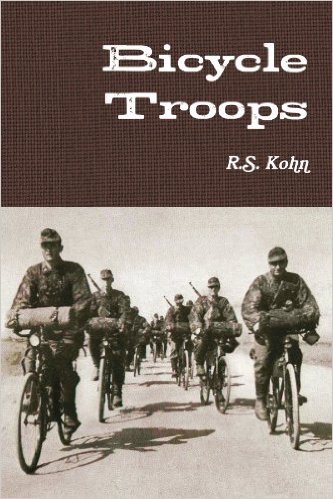 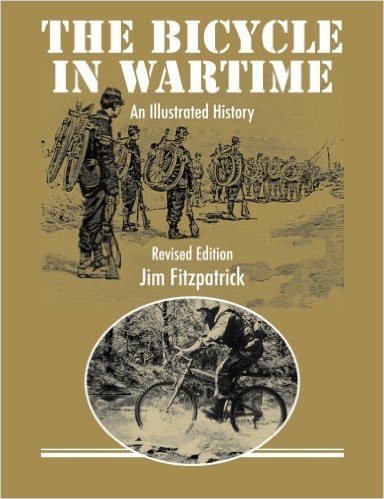 As well as the Belgian cyclists, Hat offer  German and other nations bicycle  infantry in plastic 1:72 http://www.plasticsoldierreview.com/review.aspx?id=2095

Airfix had the odd OO/HO bicyclist in its RAF Crew figures range that could have a rifle added or a well equipped one or two in its WW1 French infantry. Bicycles were also added clutter  in some of its OO/HO buildings range (Forward Strongpoint)

There are plenty of well illustrated museum websites on military bikes:

In Mark Thompson’s The White War Life and Death on the Italian Front (p.71)  tells the story of a Slovene child seeing Bersaglieri with their plumed hats approaching by bikes into the Caparetto /  Isonzo area  in 1915 and exclaimed “Daddy, look at all the ladies coming here on bikes!” Hardly the image that these tough mountain troops wished to create.

Many other amazing posts on this BSA Museum website such as AA Cycle scouts in wartime.