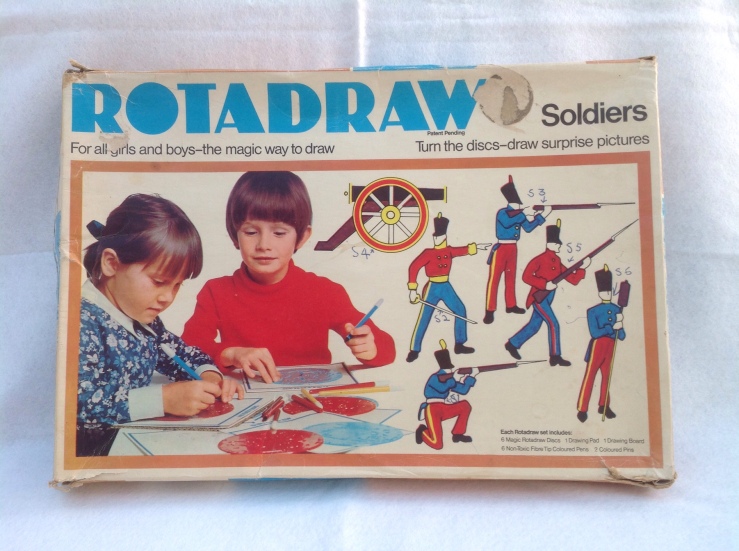 This was a gift earlier this year and one Rotadraw set that I would dearly have loved as a child, in place of the mishmash of random Disney characters that we had instead.

Does anyone else remember Rotadraw? The ‘Magic’ of the Magic Rotadraw discs was drawing in the numbered slot then turning the dial, held in place on a card drawing board with a drawing pin. You usually had no idea what each numbered bit did in the overall picture, hidden as it was by the coloured plastic. At the end you lifted the disc off and – as if by magic – a completed drawing appeared.

This secondhand set had only the discs but had the attractive box showing not only what the Rotadraw discs would produce, but also what our haircuts and clothes were like back in the 1970s. American sets were also called Rondographs.

Drawing them onto a scene was always difficult as you couldn’t always tell where the figure would be under the disc. The alternative was to colour in the outline figures, cut them out and stick them onto a backscene.

Another challenge was reversing the figures. It could be done on thin paper or by marking all the numbers on the back of the disc! Fiddly … 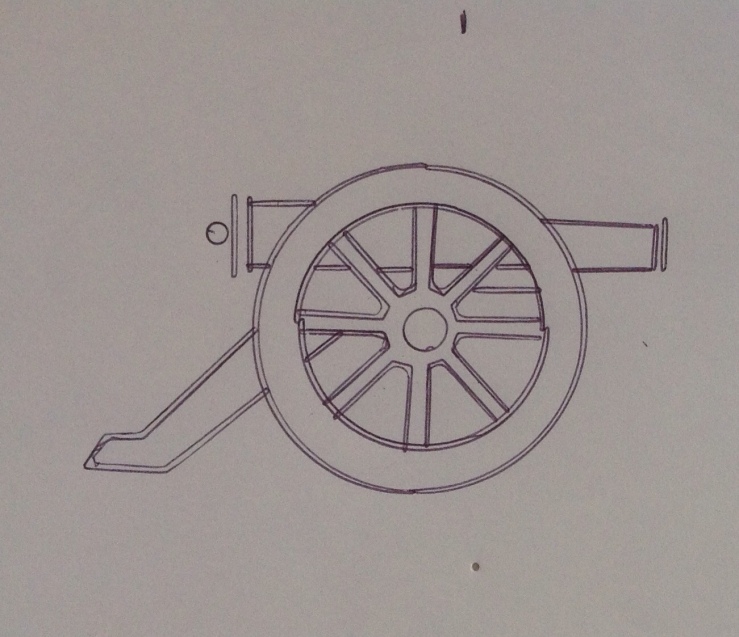 As you can see in the picture, you can see the drawing pin hole and the 12 o’clock mark that helps you turn the Rotadraw disc dial numbers to the very same top mark.

Simple magic and possible to make paper or card soldiers to stick potentially onto thin wood.