I bought my first Bad Squiddo figures from Annie Norman last year, some fine 28mm Land Girls at Rest, as part of the FEMbruary challenge 2018.

This FEMbruary challenge 2019 I have chosen two packs of Bad Squiddo female figures:

As I don’t have any 28mm WW2 figures to game with, I will base these Bad Squiddo figures up individually but they  will,  for the time being,  work as great little diorama vignettes.

This year, matching book bloggers like Cupcakes and Machetes, https://cupcakesandmachetes.wordpress.com I have chosen a book for FEMbruary as well, to match the Bad Squiddo female Russian figures.

The Unwomanly Face of War looks to be a fascinating and suitably challenging read for FEMbruary 2019.

FEMbruary 2018 even extended to my Pound Store Plastic Warriors blog

Happy FEMbruary 2019 – It should be fun.
What might you do as your FEMbruary challenge?

With the usual budget playset ‘hallmark’ of a  bizarre mix of scales and periods,  there are some useful 45mm to 50mm figures and accessories for gaming. Who could want for more?

One of the delights of slowly unpacking presents after Christmas is to look in these wreckage and repair boxes. I bought these cheaply online over the least few months to store away, bought as part of my Christmas present in advance, paid for using my Christmas gift money.

Box No. 1 contained some interesting zoo animals, lots of cowboys and cavalry along with some battered foot figures.

Box No. 2 contained an equally eclectic mixture of damaged and destroyed figures to be repaired and converted. None have reached the stage of melting down.

Box No. 3 contained another eclectic mix of makers and figures from cowboys to redcoats.

Box No. 3 had an interesting mix of much less damaged figures. I photographed these fast against fading natural light.

Box No. 4 – a shoebox of delight – still remains to be explored and photographed.

It is always a delight to explore these joblot boxes and work out what to repair first.

Some ragtag motley regiments may be possible, once repaired and repainted where necessary,  figures made suitable again for garden or floor games in the spirit of H.G. Wells.

Using some wonderful illustrated toy soldier  books by Norman Joplin, Andrew Rose and James Opie, I should be able to work out who made some of the less familiar figures. This gives me clues towards whether to repair, restore or convert.

Another order for Dorset Soldiers spare arms and heads may be due later in the year, once my current batch of Broken Britain’s figure repairs from 2018 are finally off the repair bench.

2018 blogposts on Broken Britains and broken lead toy soldiers include:

Over the last few years I have made two trips to Bath and popped in to the tiny, volunteer-run Bath Postal Museum (which is not open all week). Check their website for events and opening hours: 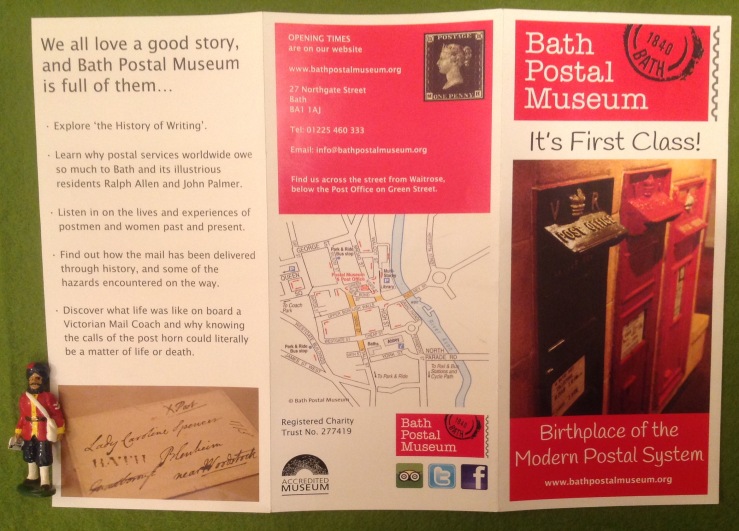 My late Dad would have enjoyed this tiny postal museum and may well have visited on one of his last trips to Bath over 20 years ago.

My Dad loved his lead soldiers as a wartime child. He loved our plastic ones that we played with on the floor or in his garden with him. He collected stamps with the same quiet hoarding approach that I collect job lots of broken lead toy soldiers for repair, as you can just never have enough hidden away for Christmas and birthdays. He didn’t understand people who ordered or prebought their stamp collections as they were issued. Where was the thrill of the unknown, of discovery  and the chase?

He bought me the postcard versions of many new British stamps in the 1970s and 80s whilst he collected the First Day Covers and display packs. I still have many of these, especially the military and history ones such as the British Army Uniforms issue from the 1980s and learnt much as a child  from the inserts and information inside these packs.

A selection of toy soldier postmen is a suitable parade in his memory. 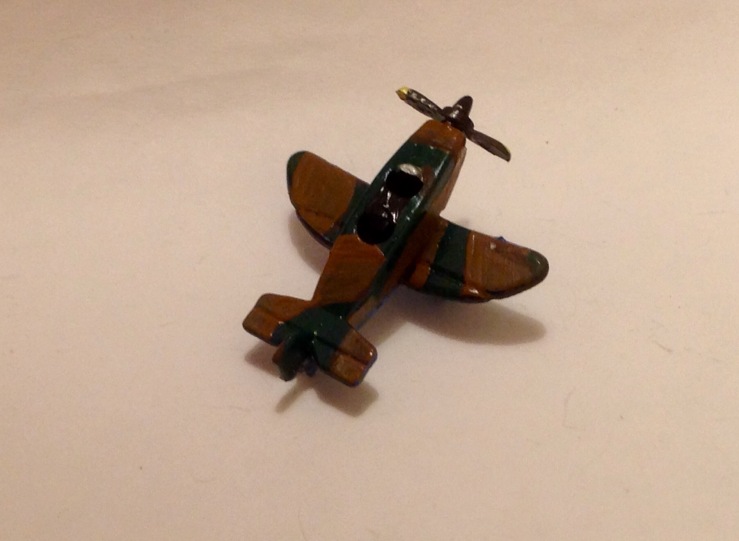 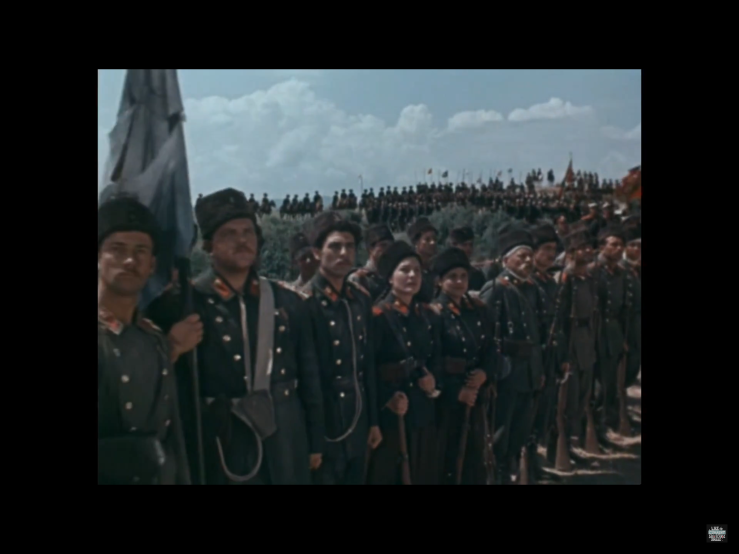 Were these female soldiers  part of the propaganda that also saw tanks and a modern military parade marking the unveiling of a (Russo-Turkish) War Memorial?

Without knowing the historical  background and no translation, this movie  becomes a very good stand-in for any 19th century  Imagi-Nations you may have.

very imPart 3 ends with a Soviet tank parade as a memorial or anniversary is marked.

The historic background of Russo Turkish War in 1877 is set out briefly here in three minutes.

Without knowing the background, this could all be something straight out of Branwell Bronte’s head and the family Imagi-Nations of Gandalf, Angria nod Glasstown.

This post was inspired by Ross MacFarlane at Battle Game of The Month blog  https://gameofmonth.blogspot.com/2018/12/meanwhile-for-your-19thc-centraleastern.html

A curious little eyewitness snippet about the Austro-Prussian War 1866 from the Strand Magazine 1913.

The Battle that Herbert saw forming as a fourteen year old boy was part of the Austrian-Prussian War or Seven Weeks War of 1866.

The Battle of Langensalza was fought on 27 June 1866 near Bad Langensalza in what is now modern Germany, between the Kingdom of Hanover (Hanoverians) and the Prussians. The Hanoverians won the battle but were then surrounded by a larger and reinforced Prussian army, and, unable to link up with their Bavarian allies to the south, they surrendered. This marked the demise of the Hanoverian Army and the annexation of Hanover into the burgeoning kingdom of Prussia as it systematically unified Germany into the modern nation state. …

Another long lasting result of the Battle of Langensalza is the use of the “Red Cross” by medical personnel. Created by the First Geneva Convention in 1864, the Red Cross began an international humanitarian aid group. This organization, which would later greatly expand in size, was originally very small. Involving just thirty trained volunteer nurses from Gotha, the first actual combat mission of the Red Cross occurred on the Prussian side at Langensalza. (Wikipedia source)

I hope Herbert Beerbohm Tree’s account is of interest to this who are interested in the Austro-Prussian War.

“A secret has been revealed, and I finally understand the meaning of toys, something my papa learnt long before me. When you are young, what you want out of toys is to feel grown up. You play with toys and cast yourself an adult, and imagine life the way it’s going to be.”

Yet, when you are grown, that changes; now, what you want out of toys is to feel young again. You want to be back there, in a place that did not hurt or harm you, in a pocket of time built out of memory and love. You want things in miniature, where they can be better understood: battles and houses, picnic baskets and sailing boats too.

Boyhood and adulthood – any toy maker worth his craft has to find a place to sit , somewhere between the two. It’s only in these borderlands that the very best toys are made.”

My current reading  – half way through – is The Toymakers, a fantasy / magic realism book set in a magical winter toy shop in Edwardian London up to and into the First World War.

The book blurb aims for the Harry Potter market – “If There were a toy shop on Diagon Alley it would be the Toymakers” – and I can imagine the film makers who made the Harry Potter and Fantastic Beasts movies would enjoy recreating this world in CGI.

Here in the Emporium,  a refugee European Toymaker  Papa Jack and his two sons Emil and Kaspar Godman  compete in both love and Toys, including “The Long War” fought between brothers through their alive (clockwork?) handmade toy soldiers.

The  realism part of the magic realism steps up a pace when the First World War breaks out, Emporium staff join up, white feathers are handed out and at first, toy soldiers became the patriotic gift to give to small boys.

But what would happen as the war ground on? I often  feel this looking at this WW1 era magazine scrap in my eclectic and chaotic collection

We all know what happened in reality to William Britain’s toy soldiers and their post war shift to more civilian Toys like farms, Wild West, gardens and railway figures.

Set at a time when H.G. Wells was writing Floor Games and Little Wars, those charming touchstones or portkeys to a vanished toy past, I would not be surprised if Mr. H.G. Wells turns up …

Links to  the Penguin books site featuring and extract and an interview with the author on the magic of toys and how the book came to be written.

and some reader reviews.

I will post a fuller review when I have finished reading both this and rereading of Pauline Clarke’s 1960s book, the Bronte toy soldier inspired The Return of The Twelves.

And now for some simple wooden Christmas magic …