The trigger for this non-chocolate choice was picking up a 1942 wartime copy of Wide Games from a seaside vintage shop. £4 well spent!

Flicking through this well used 1942 paperback, I noticed lots of Wide Game scenarios with maps. They are almost like Neil Thomas’ One Hour Wargames, but 1:1 scale in the outdoors.

Could these scenarios and maps be turned into “non violent” war game or figure gaming scenarios?

Could I in future adapt or create some rules that would work?

Could this work as a solo game?

Would it work on a grid system like my large hex game board?

Would it work better as a garden game than a tabletop game?

One of the interesting chapters is The Cloak of Romance, about turning Wide Games into imaginative role playing games through the addition of narratives, an aim or quest and characters or groups from history or popular literature.

Wide Games on a small scale?

My late Dad was a wartime evacuee as a small boy  from London to coast and country, told nostalgic tales of playing Cowboys and Indians after the war in some of the wild spaces and parks still left around London, and was obviously influenced enough by this freedom and National Service to go on to become  a Cub Scout leader as an adult.

So I grew up with all this, and as a result didn’t stay in cub scouts beyond the early months of gaining a Bronze Arrow. Instead I went for long walks and dens and bushcraft alone with my Dad.

For some while, I have had pencilled in my notebooks some ideas about a ‘war game’ based on these Wide Games.

The last attempt was in OOHO railway scale  attracted by the railway figures of trekcarts and tiny Boy Scout figures to give a big groundscale. Various companies do this including Langley Miniatures OOHO and N Gauge, Preiser OOHO (European / American – looking a little like  Hitler Youth) and  OOHO scale cubs and guides from Richard Harris at Looks Like Repros.

First I have to paint my Boy Scouts.

There was lots of interest in Boy Scout history and uniforms during the Boy Scout centenary anniversary of 2007. The original Scouting for Boys book (1908) was republished and I have a copy of this with its additional Scout Games and Wide Games ideas.

Interestingly  A. J. Holladay, a sergeant in the Volunteers in 1910 published rules for War Games for Boy Scouts played with Model Soldiers.

Judging by photographs of WW1 era and 1920s in my village history book, in reality a cub cap for boys  or brownie headscarf for Girls was about as much as many ordinary children could afford.

The Little Britons figures I have in lieu of Easter Eggs remind me strongly of the Peanuts / Snoopy / Boys Scouts of America cartoon strips, each of them with their lemon squeezer or doughboy hats.

That comic genius Schulz has created a dog with a vivid Baden Powell / Wide Games “Cloak of Romance” about his every day adventures with Woodstock and his tiny feathered gang  – whether it is escapee WW1 pilot, shot down by the Red Baron,  Foreign legionnaires in the sand pit or an adventurous  Boy Scouts of America troop. These are by far my favourite element of the Peanuts cartoons …

Thankfully some of the associated Shiny Toy Soldier 42mm range bought with such hats and arms with no rifles should work as Scout leaders and  adults if required.

I suddenly remembered that amongst my few Victorian and Edwardian scraps of street life and military themes I have some Edwardian Boy Scouts. They have different patrol flags, something I could put onto some of their staffs.

The brother of James Opie the toy soldier collector is the packaging historian Robert Opie (their parents were Iona and Peter Opie, the folklore collectors of children’s nursery rhymes and playground singing games). A family of collectors!

If you have not come across Robert Opie’s Museum of Brands and Packaging in London, you might know him through his published scrapbooks including the WW2 Wartime Scrapbook  and The 1910s Scrapbook which covers WW1 – and Boy Scouts, including the many board games cashing in on the Boy Scout craze.

Various cigarette manufacturers  issued sets of Cub Scout cigarette cards with many attractive themes. These can be expensive to collect in sets but some can also be found reprinted in book form such as Boy Scouts Series 1 to 5 in Paperback 2013 by Trading Card Enterprises LLC (available via Amazon).

There is much rich Cub Scout history out there

including about the military and Imperial origins of scouting and the complex character Robert Baden Powell, popular hero of the disastrous Boer War.

So there you are – lots of gaming scenario ideas, 20 Boy Scouts, and no calories.

I wonder how this renewed attempt at a Wide Games project will turn out?

Crossposted from my other blog Pound Store Plastic Warriors https://poundstoreplasticwarriors.wordpress.com/2019/04/22/unboxing-box-no-4/

If you enjoyed this cross-post, you might also enjoy this recent rummage of a blog post https://poundstoreplasticwarriors.wordpress.com/2019/03/30/my-plastic-warrior-show-in-a-box/ 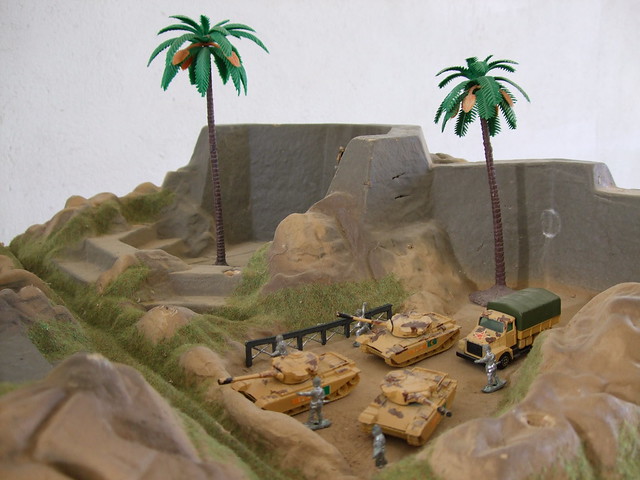 Crossposted for the sheer love of budget pocket money plastic toys  from my Pound Store Plastic Warriors blog –  see the blog post in full at:

Welcome to the new Peter Laing community on Me We, home to many Google+ refugees https://mewe.com/join/peterlaingfigures

Thanks to Ian Dury.

There will no doubt be more gaming and figure related MeWe groups https://mewe.com/join/aminiaturesgroupaboutwargamesandtoysoldiers