Classic vintage Airfix figures like these Russian WW2 infantry  have lots of potential for paint conversion.

I painted these original 1960s Airfix figures, a gift from Tony Adams of the Miniature Woodscrew Army, as generic 20th Century rifle troops that could as needed be used as WW2 Russians if needed.

A mix of greys and greens from  the matt ‘khaki grunge’ end of my Revell Acrylic  Aquacolor paints should prove suitable camouflage.

Instead these soldiers belong to My Tintinesque ImagiNations on the Eastern Eurasian border. The Kingdom of IgoYugoslavia split over a disagreement about turntaking into smaller republics including the Republic of  Igoslavia with its silver and red banner.

Here they are pictured alongside some of their Tank support, which some readers might remember as the ready to play polythene Airfix T34 (price 35p Model Sports, 1970s) 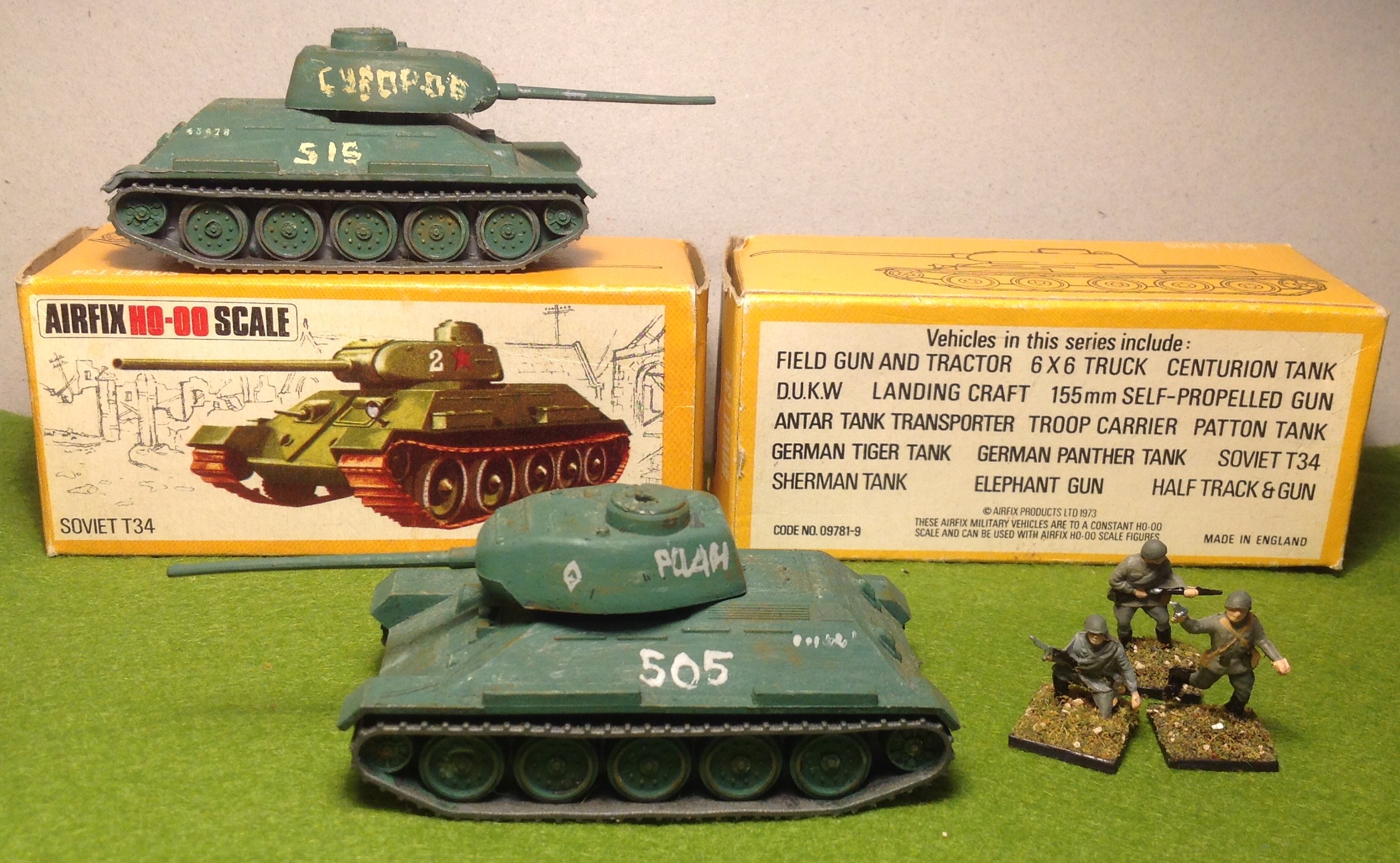 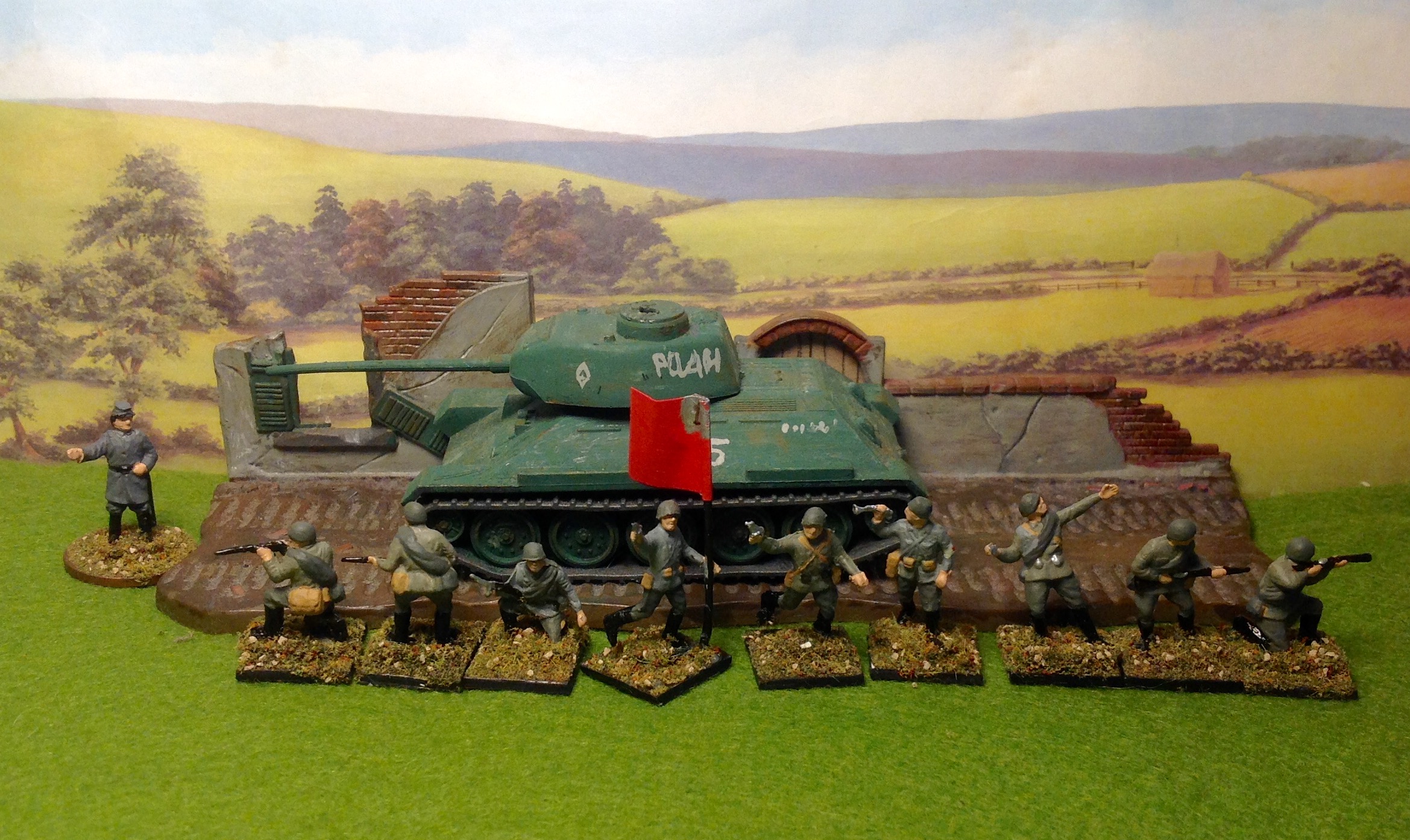 Blog post created using the clunky new block editor on WordPress, not a pleasant experience, for the Mark Man of TIN 28 September 2091.