Christmas has come early to Man of TIN house, as my first order of Jacklex figures has arrived from the new owner Mark Lodge.

Before they go into the Christmas present box to be given to me by the family, I thought I would check my order through – all present and correct.

I have long wanted to buy some Jacklex figures having seen them in Donald Featherstone books.

Whilst they are out of the lovely red box and sawdust packaging before Christmas, I thought I would photograph the figures alongside their 20mm Airfix counterparts.

Jacklex figures were made by the talented Jack Alexander (90 this year, 2019) in the 1960s and 1970s, partly to complement the popular OOHO Airfix American Civil War and Foreign Legion figures.

This ‘origin story’ is told here – I have yet to track down in online scan archives the Featherstone Meccano Magazine article or War Games book review in 1962 that first inspired Jack Alexander to make his toy soldier range: 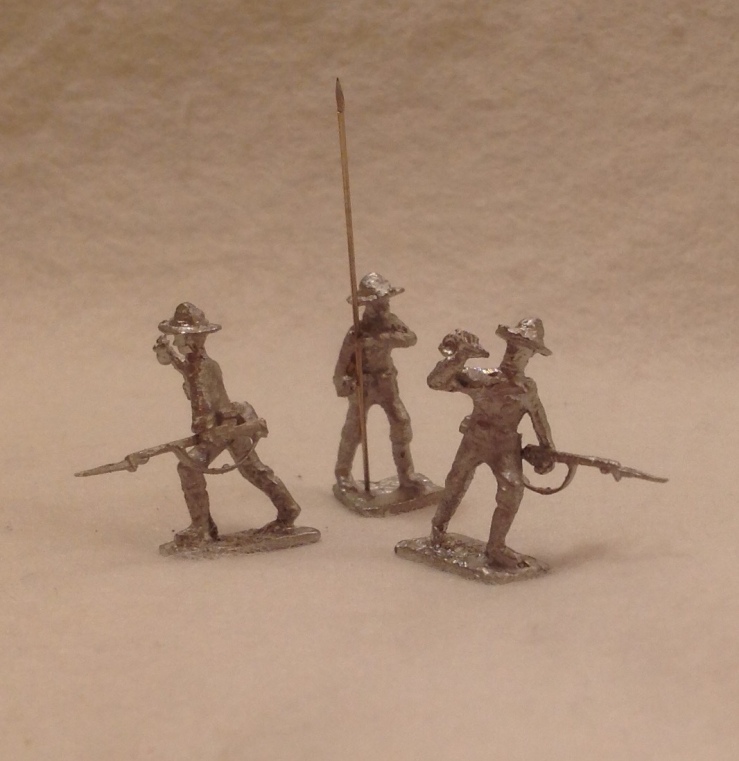 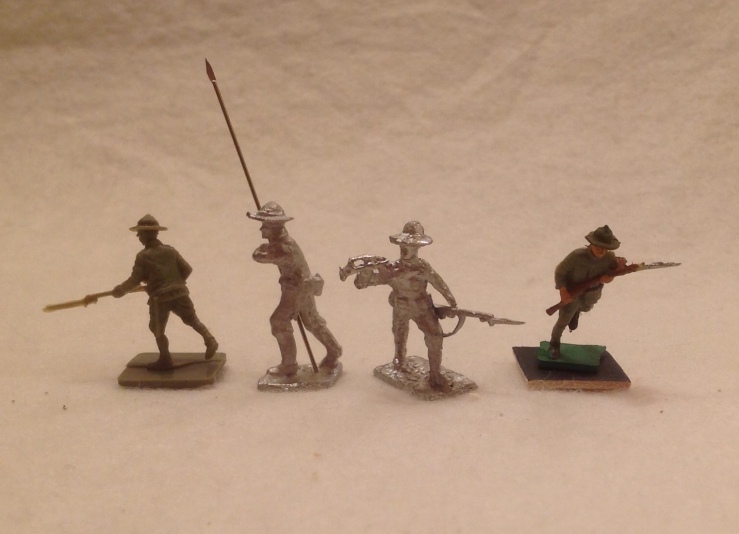 The Airfix WW1 Americans come across as quite slender in comparison with the Jacklex American Punitive Expedition to Mexico just before WW1. Others like the limited WW1 Jacklex range are a far closer size match to Airfix.

Airfix WW1 German and British Infantry alongside the Jacklex equivalents, albeit with mid to late war steel helmets. 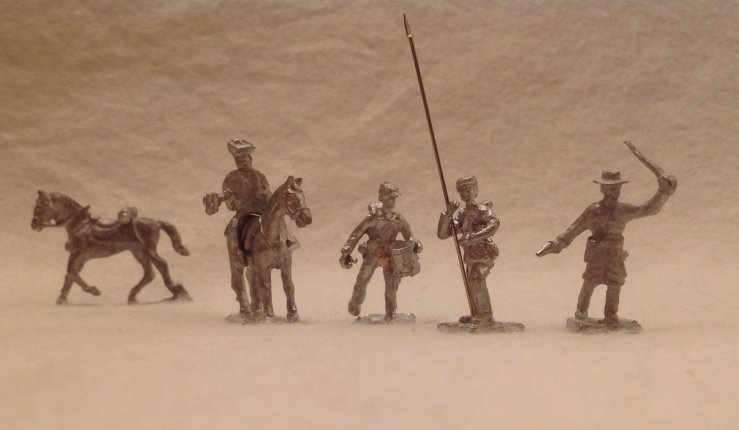 My conversions from British Commandos and Japanese Infantry look quite slender in comparison to Jacklex drummers and standard bearers but these are the sorts of figures that oddly Airfix did not produce for their ACW range. Trumpeters and Officers for the American Civil War were produced by Airfix but oddly not drummers or standard bearers. The American War of Independence and Waterloo Airfix range was better served in this way.

The Jacklex horses match quite well the Airfix ACW / Seventh Cavalry and may be a solution to the awkward Airfix horses that do not glue well to their bases. 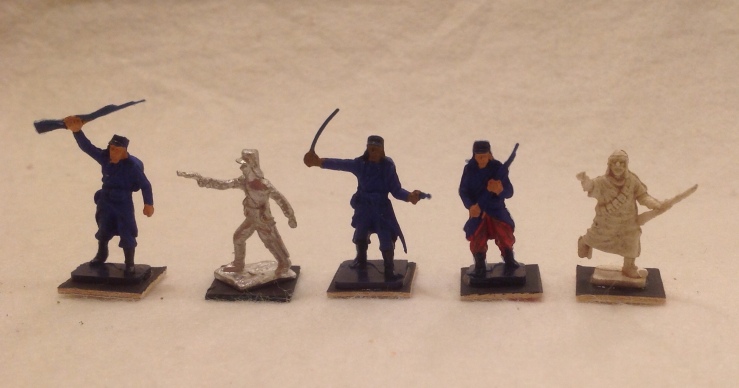 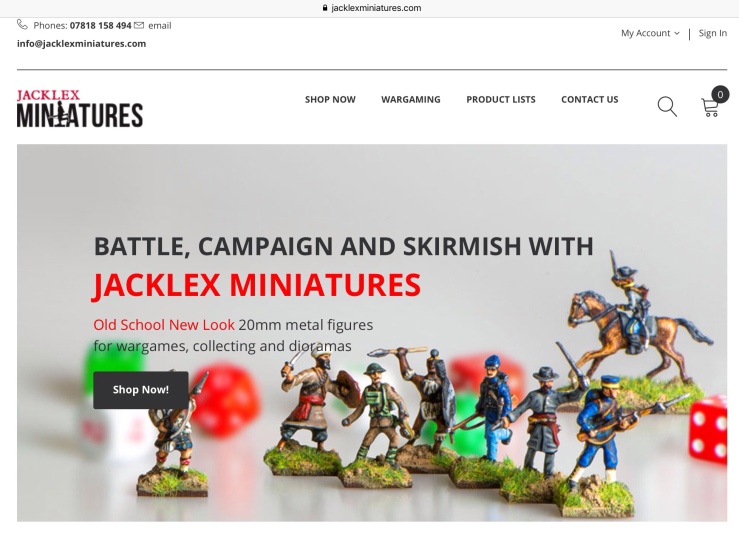 Lead Mountain Warning – you could happily spend a small fortune on the new old Jacklex ranges (but at least you would have something decent and long lasting to show for it).

I have yet to sample the Jacklex Russo Japanese War, Colonial Natives, Mexicans Ranges but they do look attractive figures. Fighting as I tend to do small solo Featherstone ‘Close Wars’ type skirmishes with only a few dozen figures on each side, I can (almost) get away with gaming a wide range of figure scales and periods without additional storage problems and bankruptcy. Oddly appropriate as ‘Close Wars’ rules are a simple appendix to the 1962 War Games book by Donald Featherstone that inspired Jack Alexander to make Jacklex figures in the first place.

Jacklex – a company and figure range well worth supporting.

Too dark in the evening now to photograph my new figures anymore. Time to pack away for now.