I bought these figures, which were painted and based by Stuart, from him via an online dealer about two years ago. I have yet to split or alter the beermat bases into individually based skirmish figures. 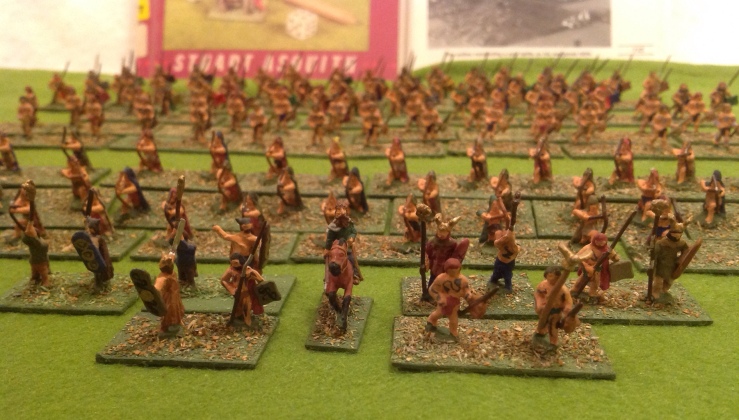 Before I do this rebasing (which mostly involves simply cutting the multiple figure beermat bases like the archers into two individual bases), I wanted to photograph them all together, under the watchful eye of their old commander for the last time.

The Picts have some attractive swirly body tattoo or body paint, along with some great command figures.

Elsewhere if I want to transform these into Ancient Britons, I have some old Peter Laing 15mm British chariots somewhere and some Assyrian and Egyptian ones – good for chariot racing games.

There are some attractive 15mm Peter Laing Pictish and Roman / German Auxiliary Cavalry and Mounted Archers. There is also a non-Laing Pictish C in C on Horseback 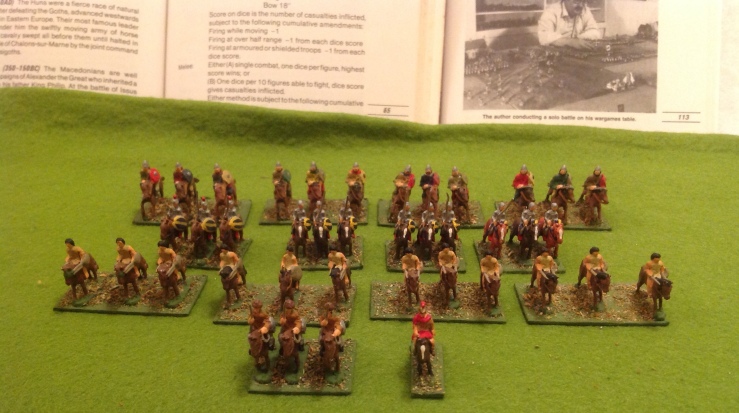 The Roman and Pictish foot soldiers are backed up by these colourful Peter Laing Pictish and Roman Cavalry.

Many of the figures have Stuart’s unit ID notes on the bases, which I will do my best to photograph and preserve as I split up the bases to individual figures bases. 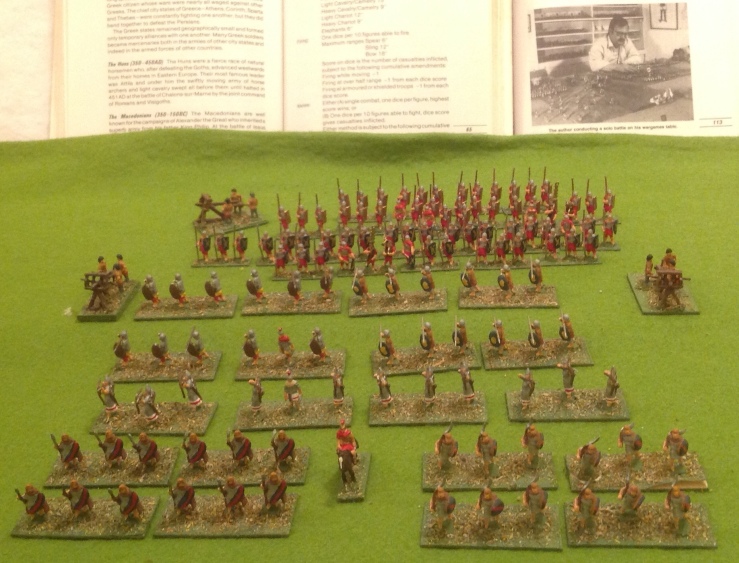 There are also what I take to be auxiliary troops and some great Roman artillery. 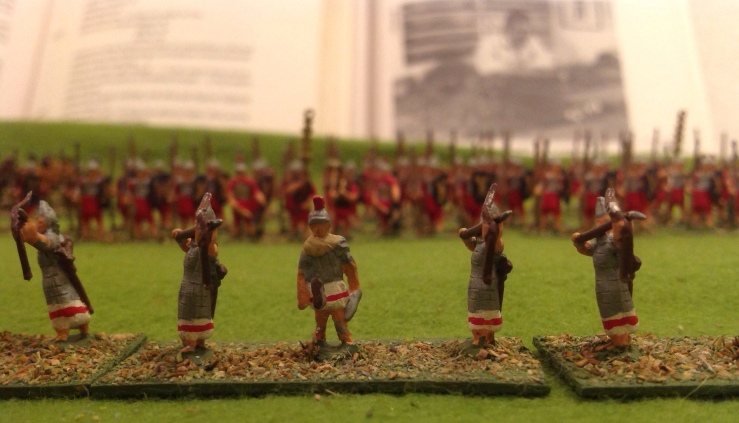 I’m sure my fellow Peter Laing collector colleagues will help me ID with catalogue numbers some of these Ancients figures over the next few months.

I have other Peter Laing 15mm Ancient figures acquired over many years or dual use items from my teenage Middle and Dark Ages Peter Laing figures. Stuart’s Romans can take on (in Ancient future) my Egyptians, Greeks, Sea Peoples and others, even my Zulus. I even have a Peter Laing elephant with howdah somewhere!

I wish I’d asked Stuart for a bit of ‘commander in chief’ advice, as Ancients are a relatively new period for me, aside from playing rough games with my Airfix Romans and Britons many years ago.

I have long wanted to explore the Teutoberg type scenarios and The modern Vietnam style “natives versus more technologically equipped infantry” with milecastle ‘firebases’ etc https://manoftinblog.wordpress.com/full-metal-hic-jacet/

However there are his many books to give me some strategy advice.

As well as Stuart’s very simple rules in his books (pictured), there are also simple Ancients rules in Donald Featherstone’s War Games (1962), which also has as an appendix my favourite ‘Close Wars’ Skirmish rules.

So still a little work to do to get my Skirmish game ready for Sunday / Monday in Stuart’s memory.

I have chosen a scenario from the Stuart Asquith book of Solo Wargaming.