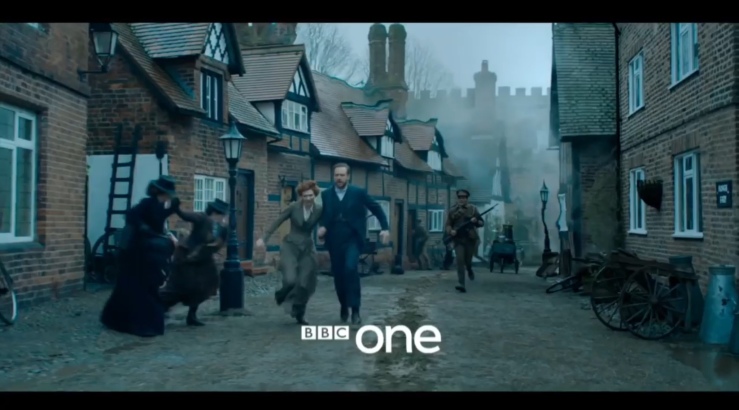 Interesting news on Little Wars Revisited forum that a new BBC adaptation of H.G. Wells’ War Of The Worlds was out this weekend,

with the following trailer:

Some snippets in the trailer of Edwardian / early WW1 troops in Khaki with artillery and a Gatling Gun!

I’m sure this will inspire the odd gaming scenario of War of The Worlds, a book written in 1898 by H G Wells, who was also the author of Little Wars (1913).

It inspired me to throw a few figures together, mostly metal but a few bits of plastic too. No expense spared. The same kind of historical accuracy shown apparently by the BBC. 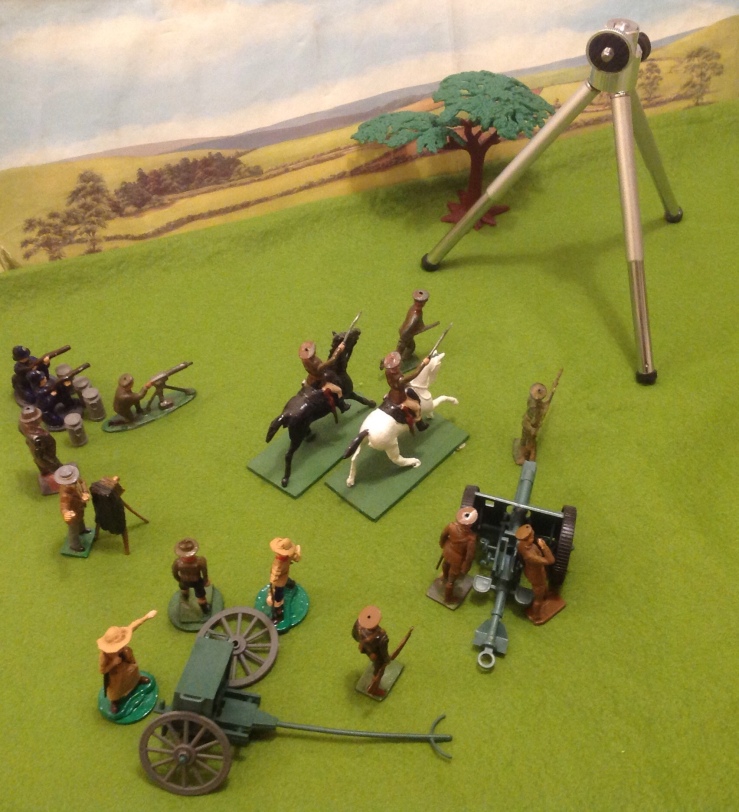 This red coat photo of a younger Lance Corporal Jones was inspired by Timothy L. Rose’s mock up photograph on Little Wars Revisited:

The BBC trailer also reminded me of my old Airfix WW1 British Infantry and Artillery.

I could have taken time to flock and sort bases, but I did this all in a bit of a hurry for the fun.

Lots more on War of the Worlds and H G Wells on this Wikipedia entry including the overlap with invasion literature https://en.m.wikipedia.org/wiki/The_War_of_the_Worlds.

12 thoughts on “H.G. Wells’ Little Wars of The Worlds”