More drawers from my 1980s time capsule of a bits box. Part 1 blog post and the box’s background is here: https://manoftinblog.wordpress.com/2020/04/08/unboxing-my-nineteen-eighties-figures-box-part-1/ 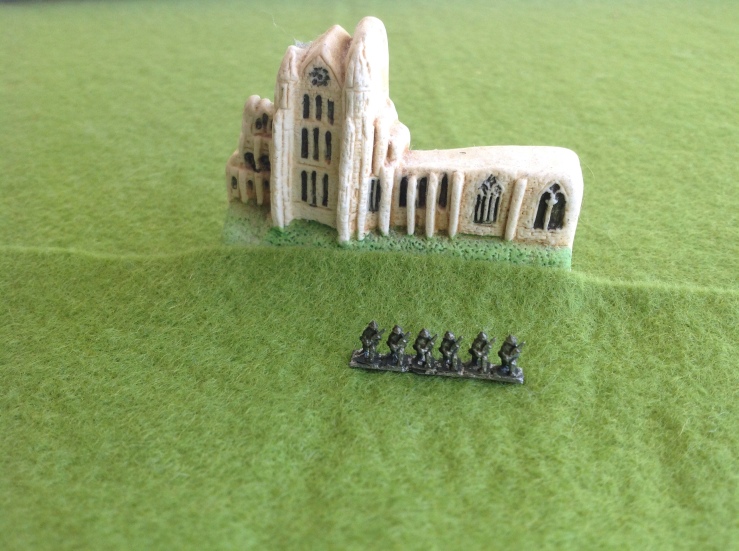 This fridge magnet of Whitby Abbey becomes a useful church ruin for my 1/300 WW2 figures.

I’m not sure why I have such a random selection of British, German and possibly French Infantry and heavy weapons. I think they were part of a schoolboy swap. 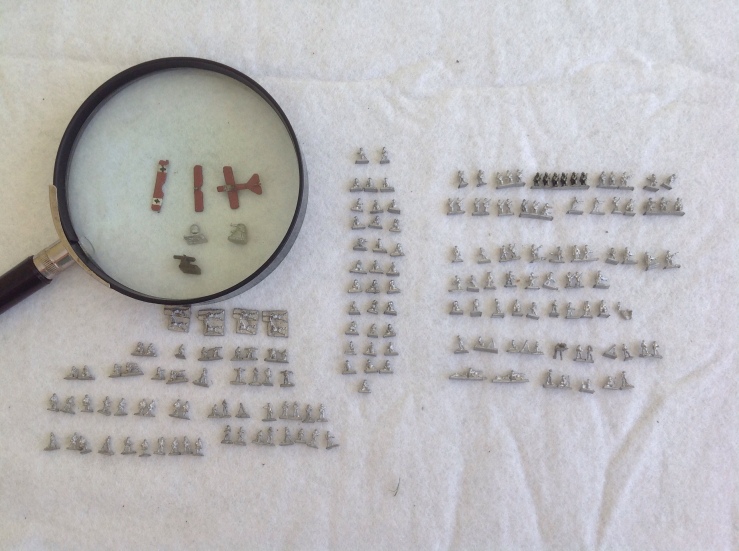 A strange few extras of the Red Barons triple decker WW1 triplane, an old ship’s cannon (from a naval board game?) and a recent space droid and a Dalek.

I sorted the tiny 1/300 figures as best I could into German and Allied (British and French) based on helmet shape and backpacks. The kneeling figures need a further sort out with a good magnifying glass. There are not many photos to ID these figures on the 1/300 Heroics and Ros website:

There are less German Infantry but they have heavier weapons.

French Infantry, possibly the Allied ones with pointy Adrian helmets?

I also found my lovely little Dinky Supermarine Swift jet aircraft 734 that is a little too big and modern for the 1/300 figures: it could be a “large experimental bomber” at this scale. 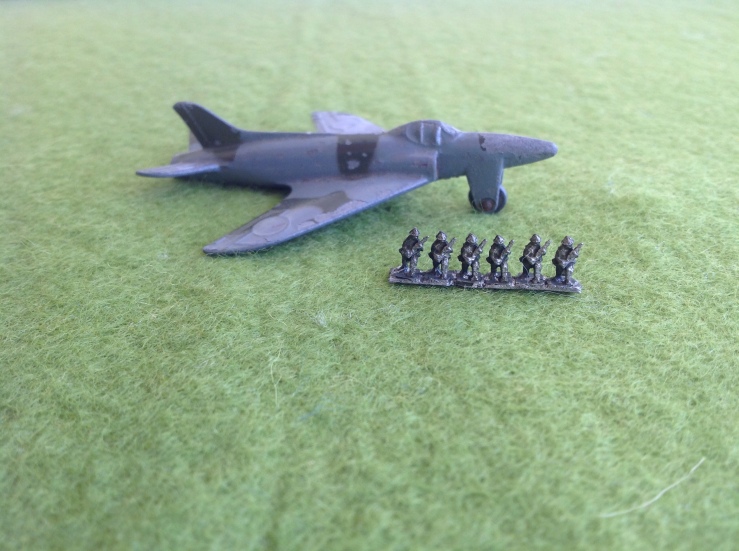 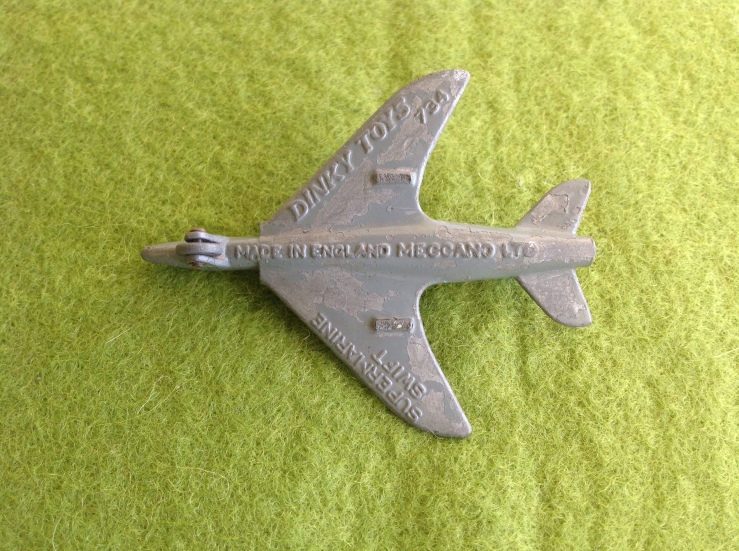 If this was my Desert Island Discs box, my ‘fire box’, if this Blue Box from my 1980s gaming were all that survived, I think there is enough interesting variety to scratch together some skirmish games.

If these were the only figures you had in the world, what fantastical ImagiNations games these would be.

There would be enough for some Ancients and WW2 1/300 games, some 15mm ECW and Marlburian era games and OO/HO or 1/72 Plastic and metal figure games from various manufacturers and several 19th and 20th Century periods. 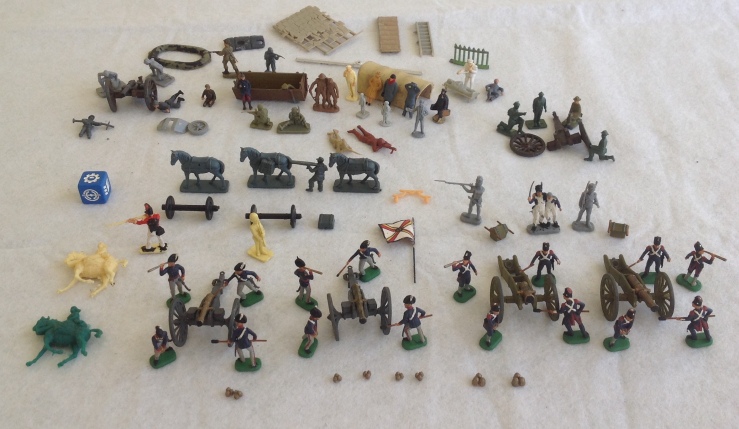 Plastic OO/HO or 1/72 and 1/76 figures from the Nineteenth Century – American Civil War period, Colonials and Napoleonic period. A complete painted box of Esci French and British Napoleonic Artillery was a pleasant surprise! 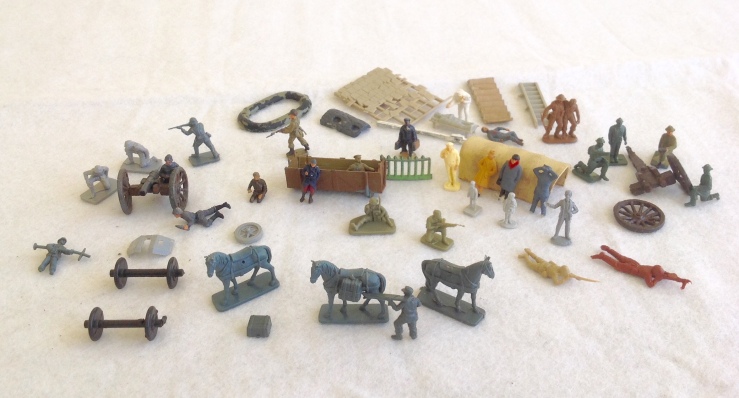 The WW2 period figures mostly from Airfix and Railway Civilians with some improvised artillery pieces and useful wheels and horse transport. 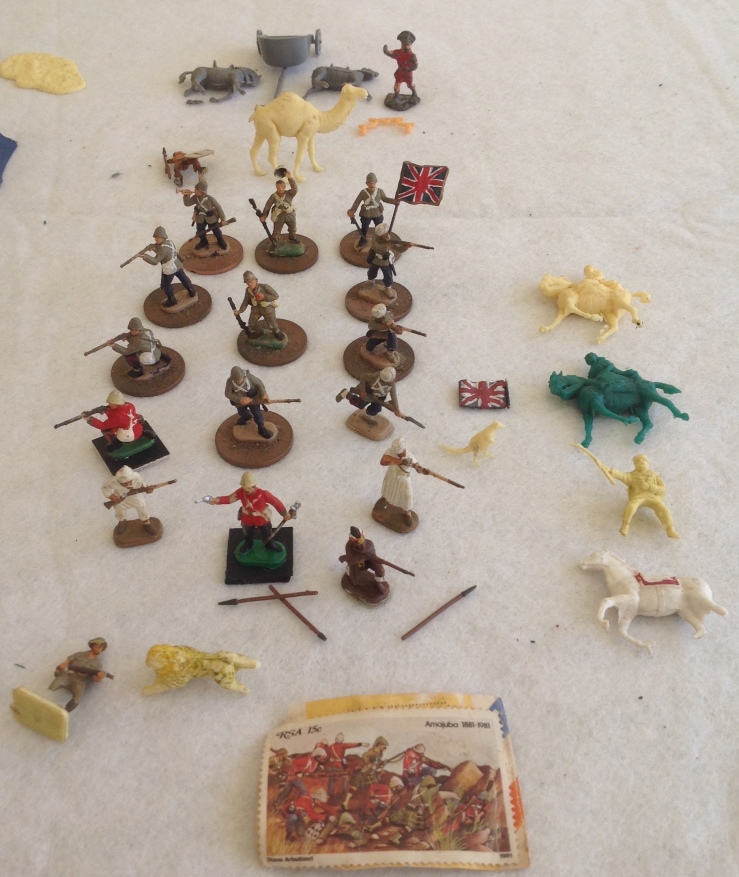 Colonials, mostly mid 1980s sets from Esci and some Airfix oddments and animals 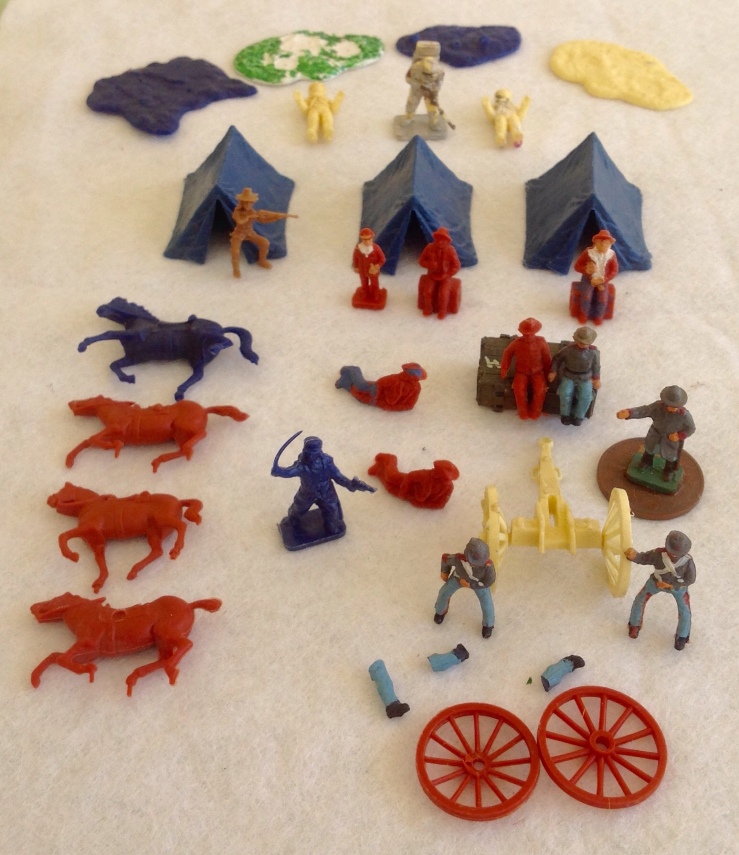 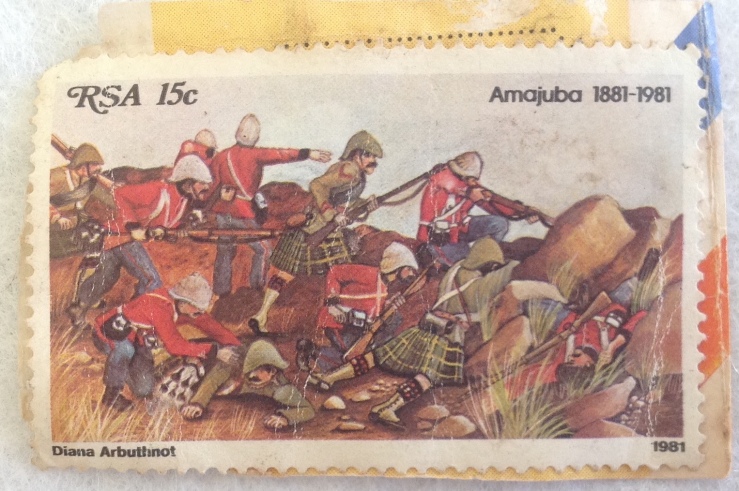 Finally the kit figures, some of these Eighth Army and Afrika Korps are clearly Airfix copies, a little larger than the normal Airfix version two figures.

The final selection of these kit figures shows some more need for repairs – order, arms! A few Atlantic US Marines from the Iwo Jima flag raising set.

The key is to my long vanished LP Storage case for wargames figures made or crafted for my birthday by my family to store my Peter Laing ECW figures after reading an article in a modelling magazine. The LP case of plastic and card eventually fell apart but the inner wooden storage trays still survive in use with Peter Laing 15mm figures.

A small desert skirmish or WW2 action could be improvised from the various OO/HO figures in this Blue Box.

Finally to go from 1/300 to the other end of the scale, two random 54mm figures.

The two large shells are all that I have left of my much missed lovely Britains breech loading heavy siege howitzer, a powerful cannon for playing Little Wars with 1/32 or 54mm figures.

In the final forthcoming part of the Unboxing the Blue Box post, part 3 focuses on 15mm metal figures including some lovely Peter Laing figures.