North Gondal 1870s – A trip to the forest to gather herbs accidentally interrupted by a Forest Indian Hunting Party.

First card of the Duelling draw … 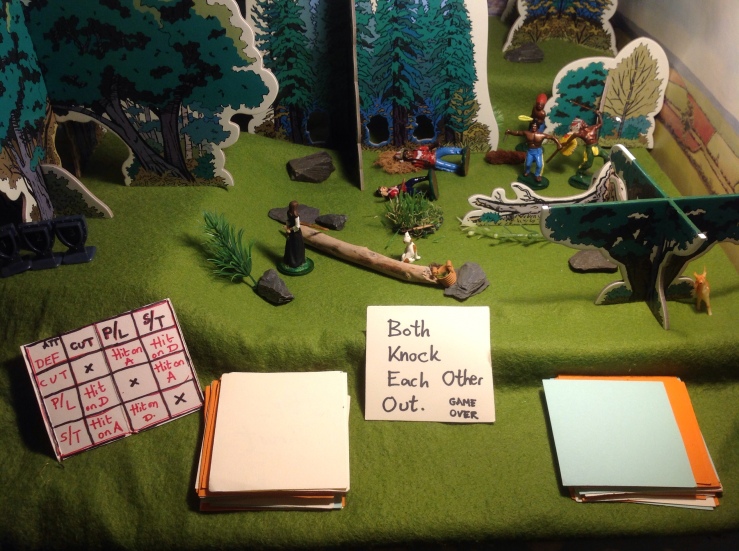 That just leaves the plucky Major’s Daughter Kate MacGuffin with only a concealed pistol and a hiking staff (unless she can get to the Captain’s sword) and her dog Patch pursued by three hostile Forest Indians intent on taking her hostage.

Give up now, men, you don’t stand a chance!