Howdy! The Fabulous Flying Gruber Brothers needed a leader of their Gang, so they kept it in the family.

Some say that he is the Father of the Gruber boys, others that he is their Cousin, Uncle or Older Brother. Some wisely choose not to say anything.

Some say that Al may in fact be Twins, just never seen together in the same place.

Those that have opinions on the matter and keep their mouths closed generally live longer lives out on these Wilde frontiers and borders and may even get to die in bed of old age.

In the wilds of the Wyrd Wilde West, anything could be a fact or true.

Whether they are protecting the Bank with their firepower or relieving it of some of that tiresome shiny metal, it’s a matter of opinion – it all depends on who is asking and who is paying (usually the most but they like to pick and choose their work). 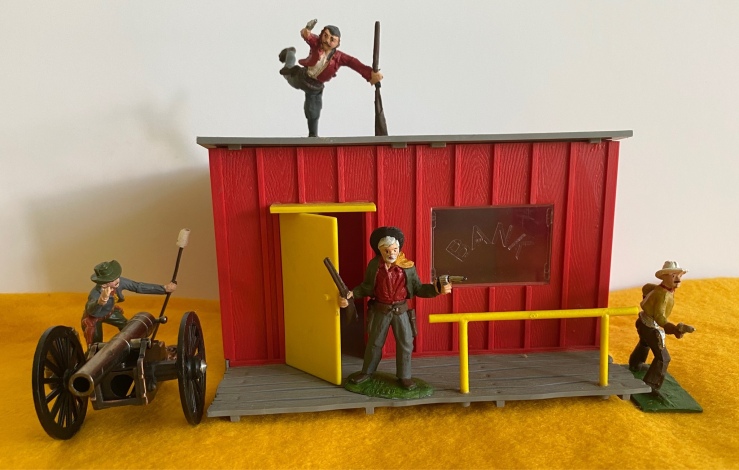 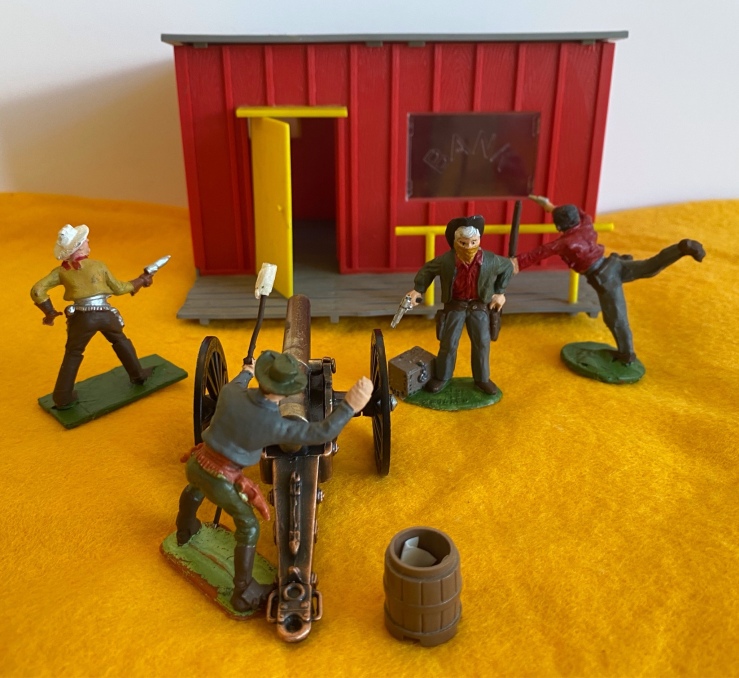 The Fabulous Flying Gruber Brothers Abe, Zeke and Frank can be seen here in their repaired state: 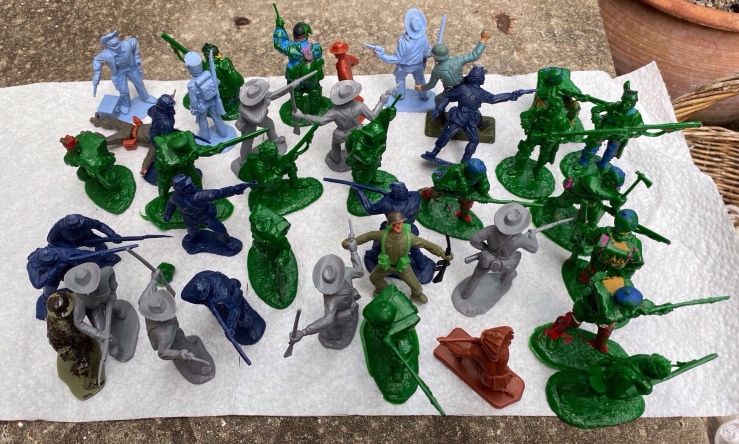 The Armies in Plastic figures Rogers Ranger’s kindly gifted to me by Alan Tradgardland Gruber are seen here after unpacking. They are now painted or repainted, gloss varnished and awaiting final shiny metal work before they set off to explore my mighty fine Bold Frontiers forest trees.

A wider, more historically accurate and more diverse range of cowboys can be seen here from my blog post in 2019: https://manoftinblog.wordpress.com/2019/08/16/black-cowboys-time-tunnels-earworms-and-the-old-town-road/