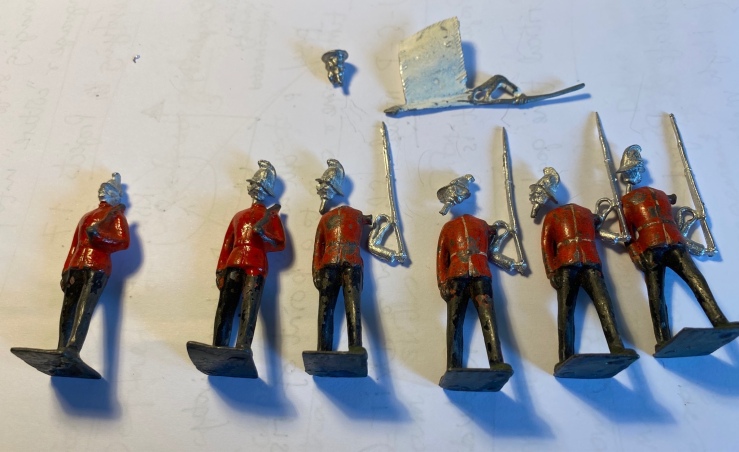 Some battered hollowcast Britain’s from job lots that are long overdue for repair.

They are due to lose their battered Redcoats and acquire new heads, new arms and handsome navy blue jackets. I shall keep the navy blue trousers and red trouser stripe.

I have some Dorset Soldiers recast arms and spare firemen’s heads so this seemed a good chance to create some 54mm shiny toy soldier versions of my scrap 15mm Thyer Brigadia Militia and Volunteer FireFighters.

They will eventually look like armed Victorian Firemen in their shiny brass helmets.

Combined Militia and Fire Brigade, now where have I seen that before?