Each year we have a new advent calendar, as part of our recent family Christmas traditions. Other families like Marvin at the Subterranean, sorry Suburban Militarism blog have their Army of Advent Christmas figures. You might have some odd Christmas traditions of your own!

Our 2018 advent calendar from Art Angels designed by the fabulous British illustrator Emily Sutton was a fabulous toy shop.

This year’s advent calendar by Emily Sutton is a fabulous 3D Toy Theatre by Emily Sutton complete with stage and press out cardboard figures. She has previously done a tribute Pantomime print in Benjamin Pollock toy theatre style.

A stage? Victorian figures? I know a few talented toy figures (maybe even ex-soldiers) who seek such a venue.

It is an odd saying in our family that if someone has a peculiar or unusual talent or even embarrassing mishap that “if they could do that, they could have made a fortune on the variety stage”.

Alas those speciality acts and Variety stages are largely no more. The music halls have fallen silent, largely killed off by television and radio. Variety theatres, music hall and revues were the origin of many of the comic performers of the 1950s and 1960s that I admired on the radio and television whilst growing up, ranging from The Goons to Danny La Rue and Morecambe and Wise.

My beloved Muppets Show was set in a variety theatre with often desperate old time Vaudeville acts and hecklers. One of my first 45 rpm childhood records was The Muppets, Kermit and Miss Piggy singing Old time music hall – did anyone else find her a little disturbing in an undefined way?

I like how Emily Sutton has captured the colourful “tuppence coloured penny plain” style of the old Victorian and Edwardian Toy Theatre sheets. I also notice how well the pink cheek dots of the old toy soldier figures works on the pit orchestra and audiences in the boxes. 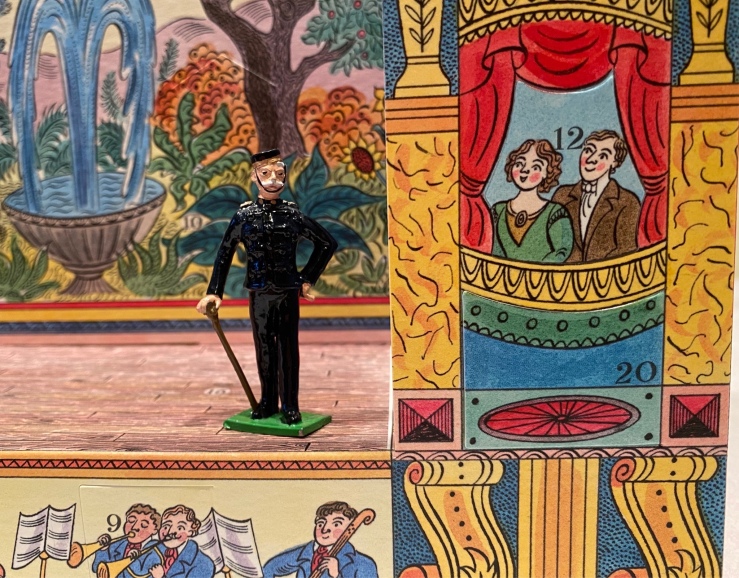 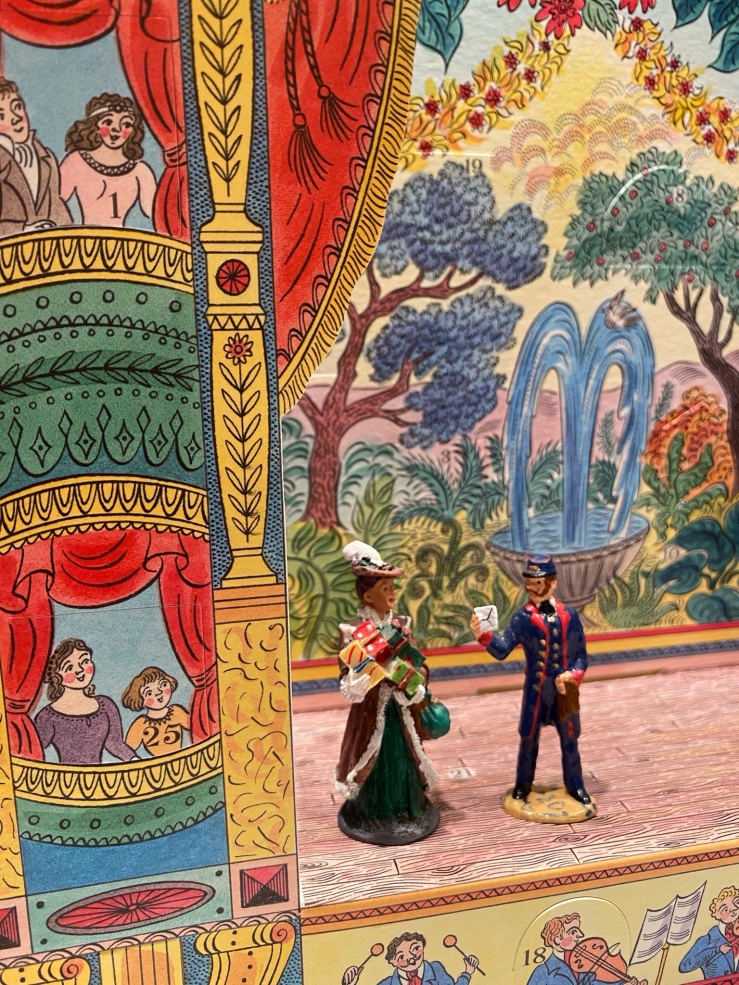 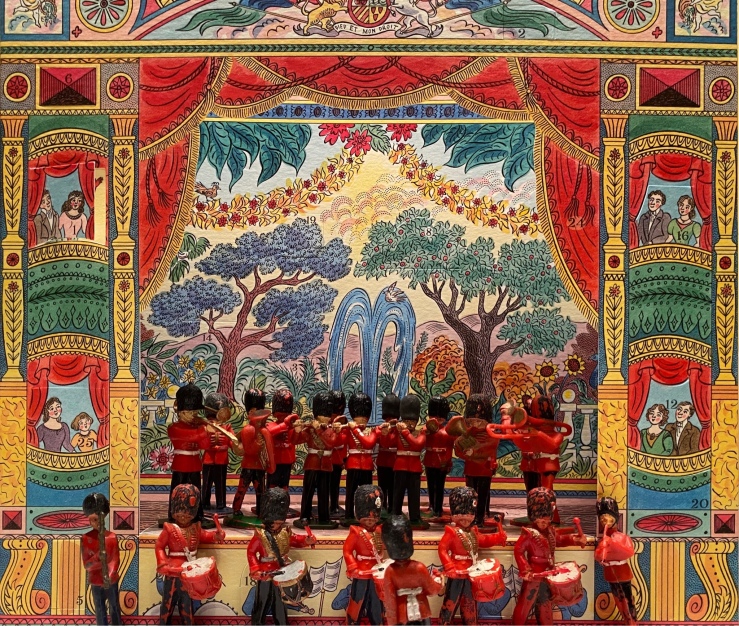 “Aww, My Aching Feet!” A comedy musical number from Tweeny our “Maid of All Work”.

Next post – some of the paper cut outs from my Suffra-fiti game tread the boards, with a little more on toy soldiers, early Wargamers and Toy Theatres (Theatres of War?)