Annie Norman at her Bad Squiddo official Facebook Group Baggy’s Cave is running an interesting poll about which historical female figures that gamers, mini painters and collectors would like to pledge towards or see produced in future by Bad Squiddo.

I thought of the Bronte Sisters (and brother Branwell) who were pioneering Role Playing Gamers in the 1830s through their juvenile fictions or ImagiNations of Glass Town, Gondal and Angria, inspired by a gift of some wooden toy soldiers.

The fragments that have survived of these ImagiNations as we have mentioned before in Bronte posts are somewhat confusing but I found that Isabel Greenberg’s charming graphic novel version Glass Town straightens or smoothed many of these story and character fragments out. 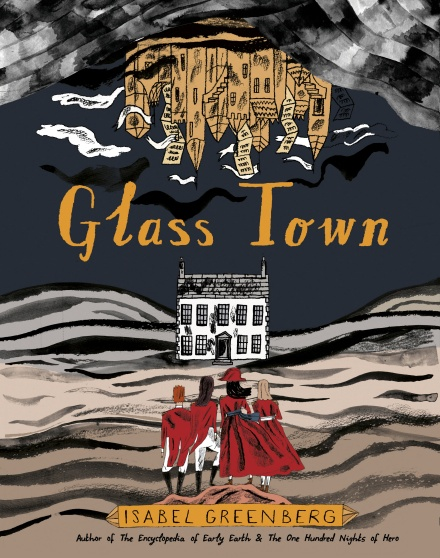 I loved Isabel Greenberg’s drawings of these four Brontes in the same Regency / early Victorian costumes as their ImagiNations characters. You can see an example of such pages of Isabel’s work here on the interesting US based Solrad comics website:

Red-haired Branwell and his sisters https://solrad.co/preview-glass-town-isabel-greenberg

Annie Norman’s Bad Squiddo figures are usually 28mm. I think that Bronte figures would be excellent figures – and even better if there was a set in ImagiNations uniforms and a shadow set as they were in real life portraits, always useful as Early Victorian Civilians.

Dual Use figures – saves costs, extends their play value and their potential market of buyers, as well as the Haworth Yorkshire tourism, the Bronte Fan and literary market worldwide.

The Bronte sisters and Branwell grew up in an age of conflict in the aftermath of the Napoleonic Wars, during a young Queen Victoria’s expanding Empire and Charlotte living up to the Crimean War. Their tragic deaths at a relatively young age meant they were all dead ten years before the American Civil War.

You can see this dual flagging in use here, saving time, storage, figures and painting costs:

The same dual flagging works at 15mm with the addition of an Angrian flag bearer to my Peter Laing mixed ACW and ECW unit figures seen here seeing off Ashantee Warriors and rogue Highlanders in the ‘Tropical Yorkshire’ forest of the Brontes’ fevered Imaginations:

After a mad few minutes “Bronte Fan Bombing” the comments section of Baggy’s Cave on Facebook a little, I wondered what if Annie Norman and the Bad Squiddo Facebook folk don’t choose the Brontes as special figures?

I might have to scratch around in 20mm Airfix for Waggon Train women, both bare headed or in bonnets, and the Robin Hood / Sherwood Forest sets (Maid Marian on horseback!) to find suitable Bronte Sisters figures in uniform. I would have to do the same for my few Peter Laing 15mm civilian females.

And for 54mm, we start off with plucky Kate McGuffin, ‘daughter of the Fort’, in the Gondal Forests of Gondal and Pacific coasts of North Generica (America) … https://manoftinblog.wordpress.com/2020/05/28/a-romantic-walk-in-the-forest-interrupted-the-skirmish/

if you want to add djinn, faeries, fantasy and Ancients to the Regency Napoleon Bronte ImagiNations – oh and the odd helicopter gunship …. 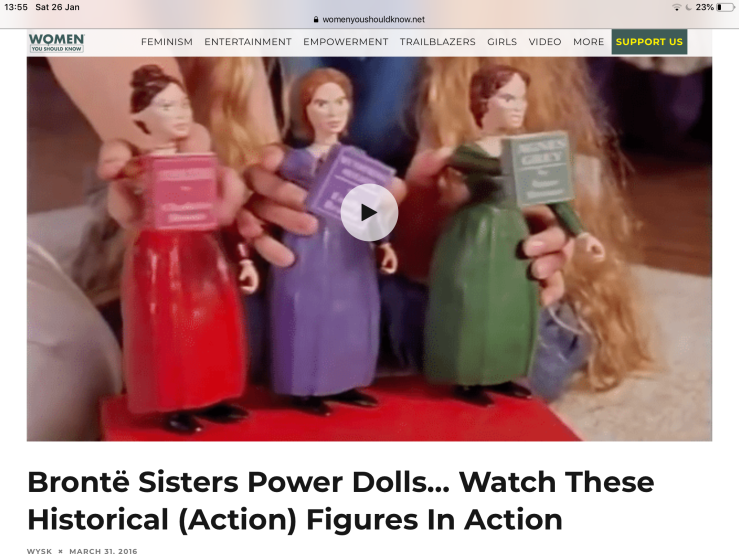 Nor forgetting the Bronte Sisters Power Up dolls (spoof advert of action figures that sadly never made it into production) https://youtu.be/-NKXNThJ610

Who could resist? Vote for the Brontes!