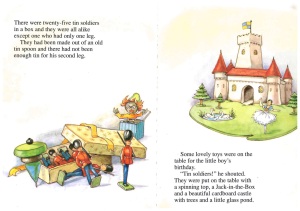 Andersen also wrote about the Danish independence battles of 1864. In 1864-66, Denmark lost Schleswig-Holstein to the Prussians under the reign of King Christian IX.

Andersen  is mentioned in Tom Buk-Swienty ‘s 1864: The Forgotten War that Shaped Modern Europe, the book which inspired the Danish TV series 1864 on the 150th anniversary back in 2014.

A beautiful but pricy 54mm gloss version from Tradition of London 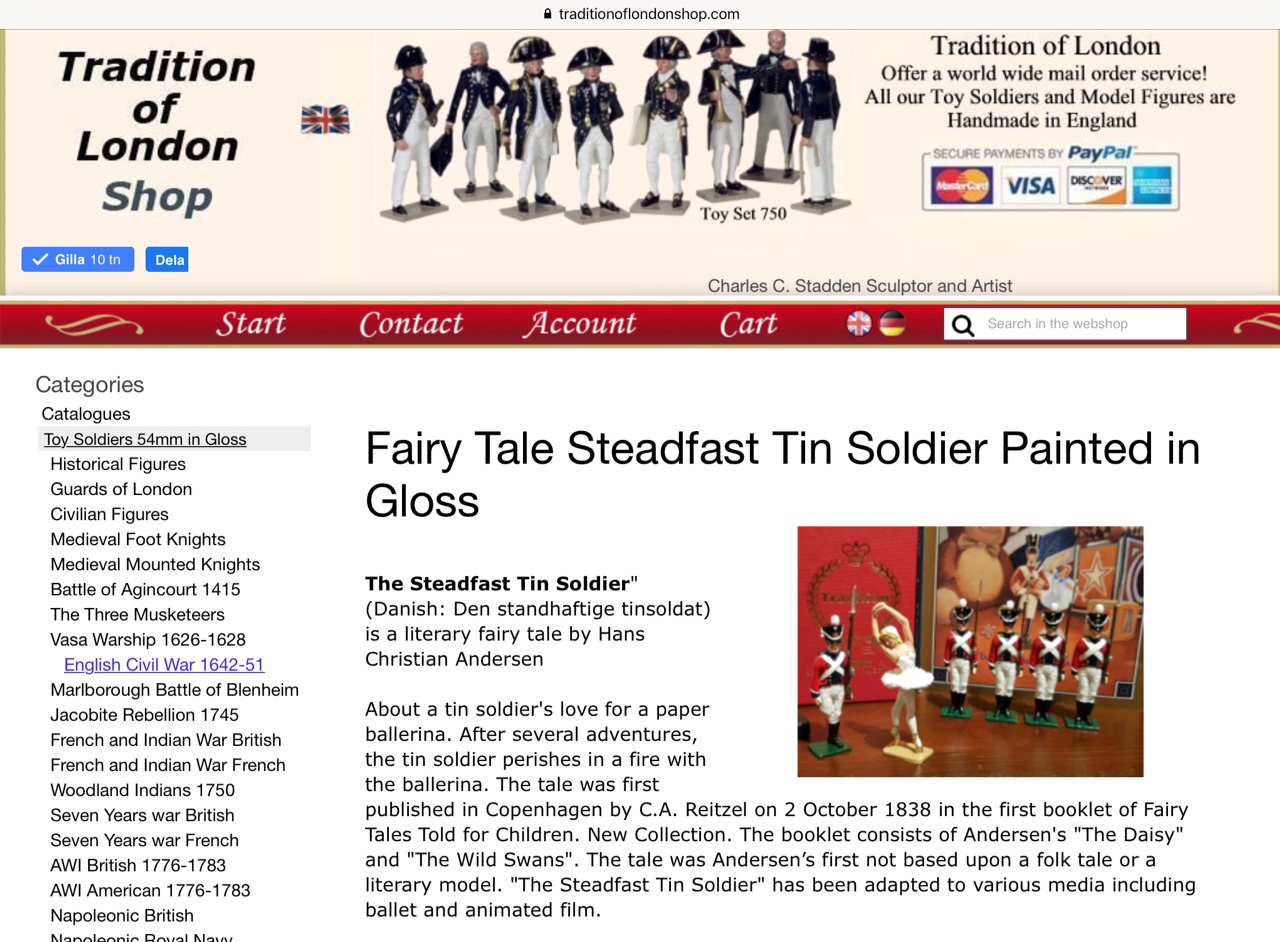 There is more background about this curious  story here:

I have one Steadfast Tin Soldier in my collection – about 30-40mm high – from the Prince August casting mould https://shop.princeaugust.ie/pa111-the-brave-tin-soldier-mould/

There are many interesting illustrated copies of this story – Pinterest is a great source of such varied illustrations. https://manoftinblog.wordpress.com/2016/06/04/amphibious-landings-toy-soldier-style/

And to wish Hans Christian Andersen a Happy Birthday, here is that earworm of a tune from the 1955 Danny Kaye film: https://youtu.be/KJzwC_8f6nA