Today’s casting session outdoors in the garden sunshine worked much better than one last week late afternoon with a chill in the wind.

The metal Schneider type home casting moulds do not work so well or the metal run so well if they lose too much heat between each cast. 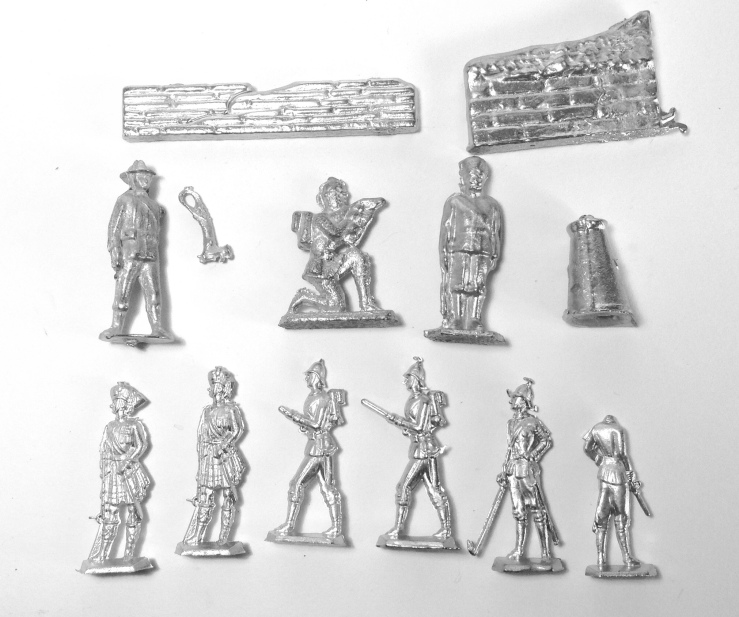 Mixed in amongst last week’s castings you can see some flat scenics, which did not cast fully – low brick or stone wall, wall and hedge section – and a successful churn. Five bar gates are as tricky as cannon wheels!

I was also testing out an old silicon home cast / home made moulds that I bought a while ago for a Britain’s American infantryman in 54mm. The 50mm little Indian infantryman is an attractive figure, again randomly acquired.

Now for a trim and tidy up …

Meanwhile back at the Flat 2D ranch …

Alan Duchy of Tradgardland blog has been doing some unusual small Flats skirmishes of late such as these:

Spot the same Schneider figures I cast this afternoon! Reinforcements?