Inspiration for ImagiNations units comes from very odd and whimsical sources such as this slightly Sergeant Pepper ceramic toy soldier by Wade, glimpsed recently on Etsy.

My starting materials would be these vintage Airfix French Napoleonics:

These were a gift of some battered Airfix OOHO French Napoleonic Artillery and other figures from Alan Gruber (The Duchy of Tradgardland blog).

Having no intention of starting proper historical Napoleonic gaming, this gave me leave to experiment with colour and ImagiNations using these familiar vintage figures.

I searched and found some side and back views as well again from Etsy:

Although not exactly the same, the Wade figure having a longer tail coat and no gaiters, it gave me an idea of how to develop these spare random Artillery figures and a future use for any stray French shako troops that I might find whilst sorting. 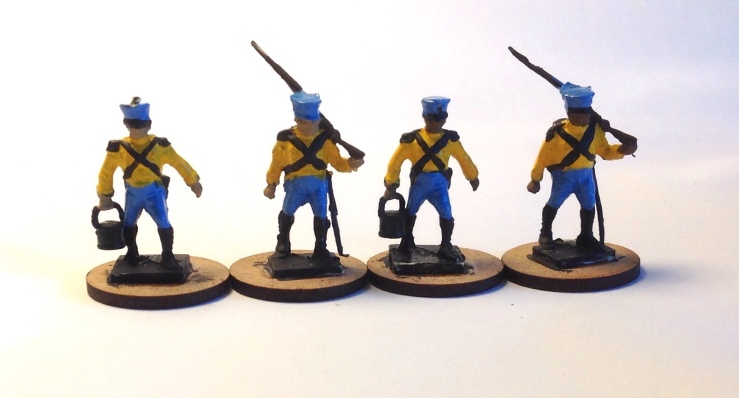 An attempt at a flag colour. Blue sky, sandy beach?

One of my family said they thought the figures had a Caribbean look to the bright uniforms.

Equally they might suit the Bronte ImagiNations islands Gaaldine and Gondal set in the South or North Pacific. 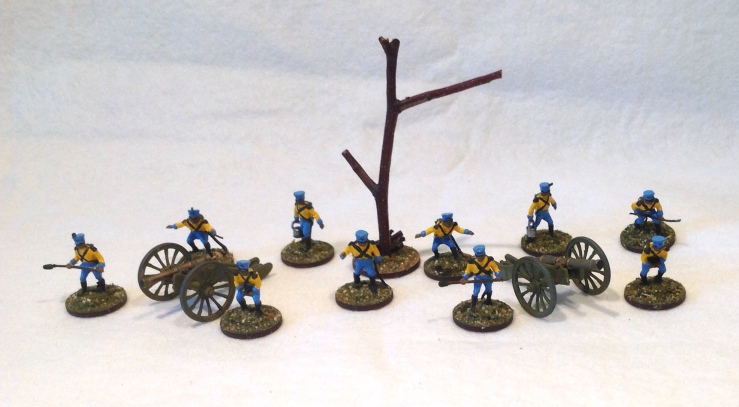 I have painted a few Airfix Waterloo Napoleonic French Infantry (including some chewed up or melted ones) from the same gift to join with firelock troops from the Napoleonic Artillery set.

A colourful ImagiNations unit to play with.