A happy discovery as I sorted and restowed boxes yesterday, I found I had an overlooked small unit of Peter Laing 15mm American Civil War Union infantry that I had bought online already painted and based in threes some years ago.

In their painting at least, these in Bob Cordery’s words are OBEs – Other Beggars’ Efforts.

I found tucked away in a small box 33 painted figures of ACW Infantry advancing with rifle (Kepi) F3009 of the small ACW range from the now discontinued ‘out of production’ Peter Laing 15mm range.

As they were when I found them, well based in threes, and painted in union blue, mostly with black kepis.

When I discovered them, they were based in threes, which is no use to me as I fight individual figure skirmish games. So the often tedious process of F and B (Flocking and Basing) or in this case, Rebasing and Flocking began yesterday.

Once split off their triple bases, I tried to keep as much of the original figure flocking as I could. Something of their OBE original basing would remain. I glued each figure to a 15mm by 15mm base of scrap mounting board, then used PVA glue and railway flock to cover the gaps.

Once the figures have their base gaps covered in PVA, they were gently plunged into the layers of mixed railway flock in the pink box and left for a while.

I was short of a unit officer, so a previous paint conversion of an A503 Gunner with handspike from the Peter Laing ECW range stepped in to lead them temporarily.

More of my Peter Laing ACW figures can be seen in action here in 2016 in an action in the Hicksville River Valley: https://manoftinblog.wordpress.com/2016/08/21/peter-laing-american-civil-war-skirmish/

WordPress tell me that this is my 500th Blogpost on Man of TIN blog since it began in 2016. Thank you for reading!

As this is a “hands-on, brain off” type of activity, which is calming enough in itself, I found some suitable period music free on a YouTube or Spotify playlist to listen to. Instrumental versions of Songs of the North by Craig Duncan (and its twin recording Songs of the South) kept me company. 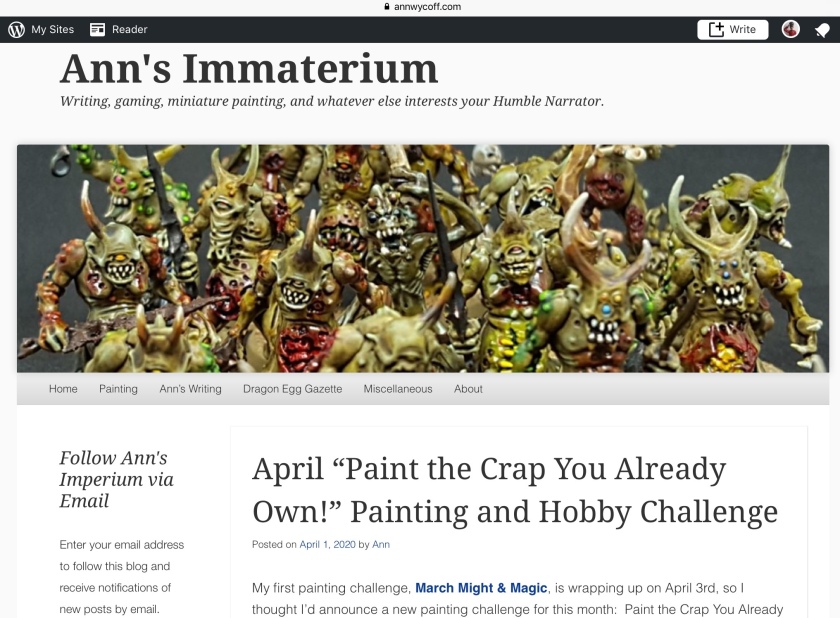 #FEMbruary painting challenge over, here is an admirable April challenge by Ann Wycoff for those ‘confined to barracks’ on Lockdown, Furlough or normal leisurely evenings and weekends:

“The idea is simple.  You can paint anything you want so long as you owned it before April 1, 2020.”

The challenge extends to any existing or unfinished hobby project, not just painting miniatures. ‘Rules’ are on Ann’s blogpost.

Ann is going to post an end of month challenge round up on her blogsite in early May.

“The challenge closes on May 3rd, 2020 at midnight (your local time).  I will do a final round-up post after that date.”

What will you paint or finish?

Thanks to Marvin at Suburban Militarism for spotting this challenge. 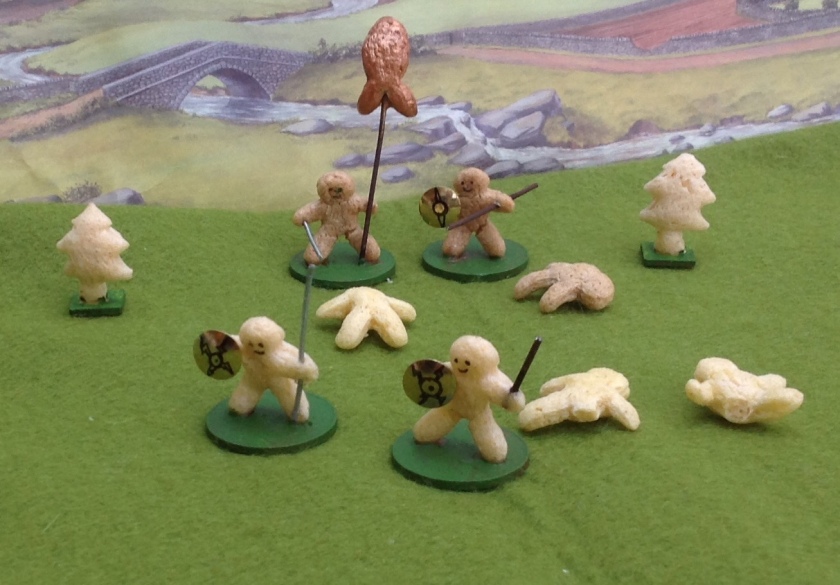 You know you’ve been at work indoors and on lockdown for too long when you start looking at breakfast cereals and think not “Mmm, yum …” but “Hmm, trees, people shapes …”

The darker-skinned people of the Bronze Fish tribe win a small victory over the paler-skinned Krispi tribe, who flee leaving their dead and wounded on the field of battle.

The wounded were unceremoniously eaten, and not by wild scavenging animals.

Some more of the Krispi tribes people, fleeing the “blood bowl” of battle and the cereal killing, were later found floating face down in a small bowl-shaped lake of milk …

The model and craft shops are shut, online orders may take ages, some days you just have to improvise.* I’m not suggesting we all take up edible gaming, especially not after coating them first in PVA and sticking them to tuppenny coins.

The source of these cereal killers did not require an “essential” and “infrequent journey” to a food shop. They were in the cupboard.

* Do not worry, I have plenty of other figures to paint and repair.

Blog posted by Mark Man of TIN and Multigrain, 1 April 2020

Today would have been the late Donald Featherstone’s birthday, born 20 March 1918.

Happy Birthday Don! You changed lots of lives (of mostly men of a certain age). 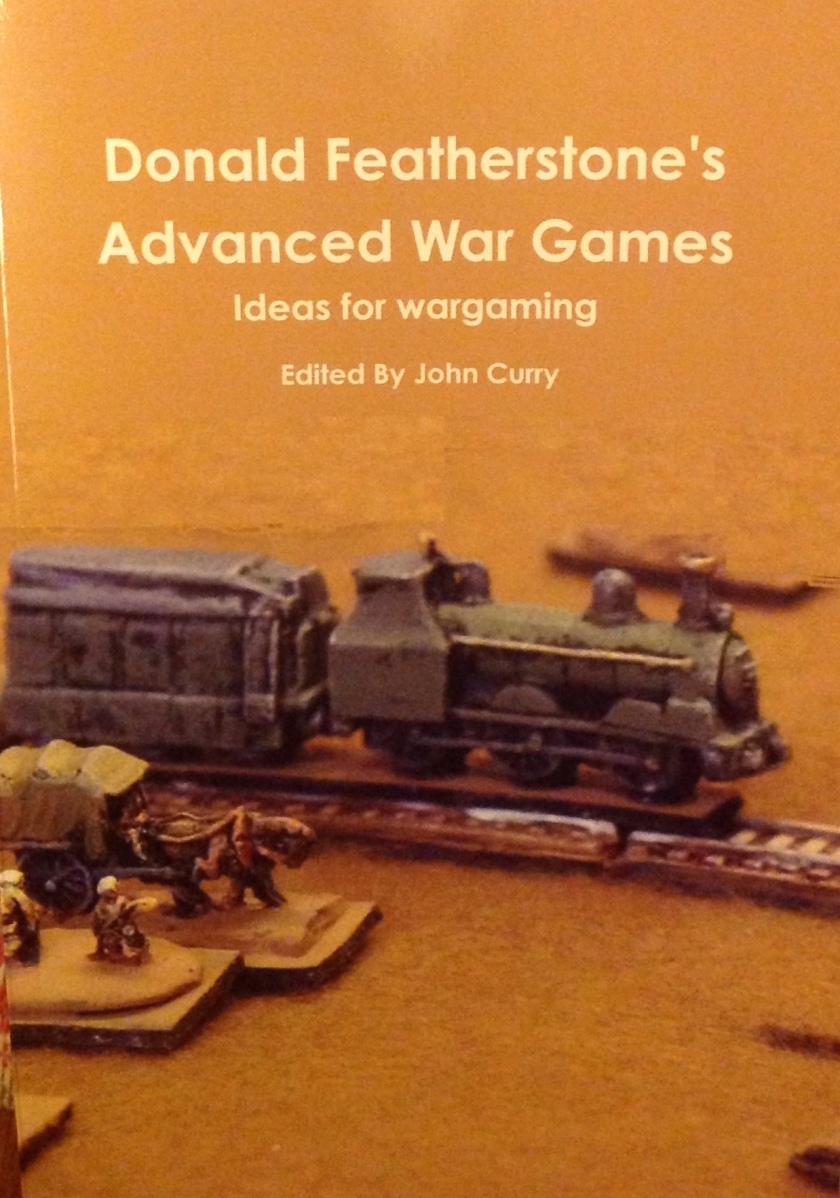 To celebrate this year, I bought reprints through the History of Wargaming Project of two of Donald’s classic books that I had not read for years: 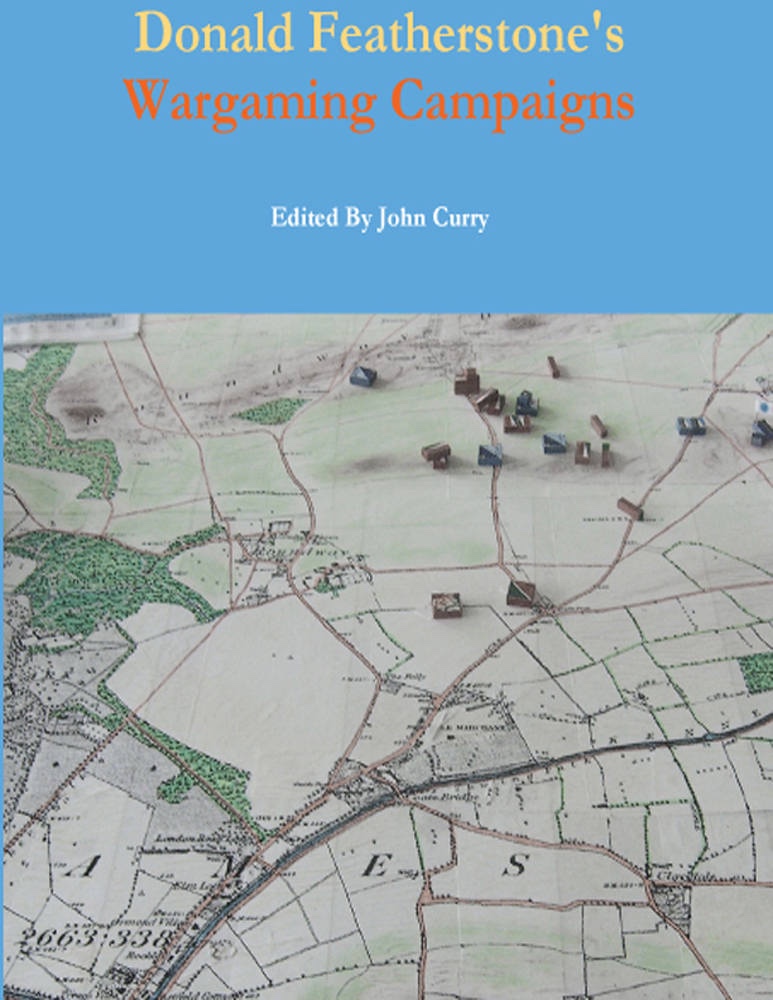 And how to celebrate his centenary or his birthday in 2018:

This is how it all started for me as a boy with Don’s book from the branch library, the very copy that I bought when it was sold off.

Boyhood Airfix, boyhood copy of War Games … still have them. Picture from:

War Games being the source of my favourite rules, Featherstone’s simplest rules in its Appendix ‘Close Wars’:

Heading off a few weeks ago from the West Country to Woking, trek cart and all, to take part in the 54mm Games Day …

Recalled to Base: Heading back to the West Country without reaching Woking, due to the changing national situation

Daisy Patrol and the other tiny patrols of early Girl Scouts and Boy Scouts were travelling across and down from Tradgardland, Scotland and up from the West Country to meet at a tiny “lead Jamboree” in Woking and demonstrate Scouting Wide Games for the Tabletop. They have now turned homewards.

Sadly our tiny #MARCHing band of scouts who set off in #FEMbruary didn’t quite get to Woking. Maybe next year!

Unfortunately after long preparation I won’t now be going to the Little Wars Revisited Forum 54mm Woking Games Day on the 14th March 2020.

Neither will Alan Tradgardland Gruber, my co-creator of the Scouting Wide Games for the Tabletop games be attending, for much the same reasons.

I hope that Mike Lewis the organiser and the other players have a great day. I look forward to seeing the photos on the blogs.

This is purely a personal decision, due to the changing national situation of Coronavirus, being part of that at-risk group with existing medical conditions of past lung problems and diabetes.

Today it is International Women’s Day, IWD March 8th 2020, a good day to celebrate the past and present achievements of over half the world’s population.

IWD March 8th is also the end of #FEMbruary, the gaming, modelling and painting challenge by Alex at Lead Balloony to include more believable female miniatures in gaming and encourage more female gamers and modellers. My completed Girl Scout Patrol above is my contribution:

So today is a good chance to celebrate the achievements of remarkable women like Agnes Baden-Powell and Juliette ‘Daisy’ Gordon Low, founders of the Girl Guides and the Girl Scouts of America. 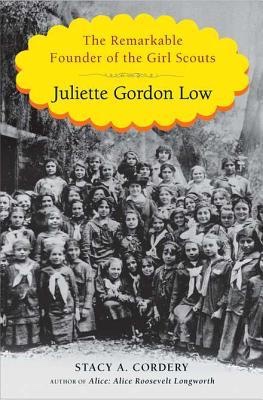 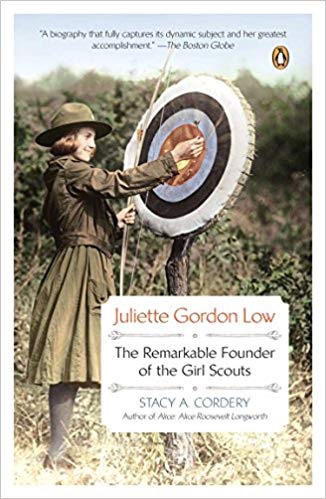 Archery was one of the skills Daisy Gordon Low encouraged her Girl Scouts to practice.

Boy Scouting or Scouting for Boys offered so much to Edwardian girls that many embraced the opportunities offered to boys. Baden Powell did not discourage this but aware of public opinion on boys and girls mixing unchaperoned, eventually asked his sister Agnes to create a specific movement for the thousands of Girl Scouts – and that is how Girl Guides was born. 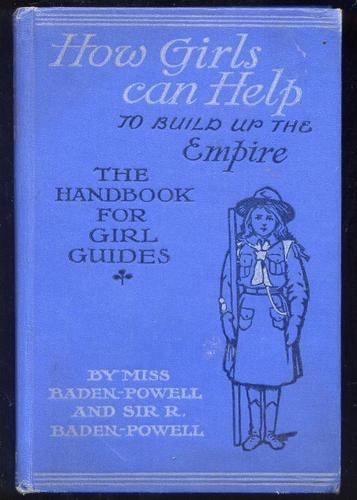 Alan Gruber and I have been tracking down more about early scouting, both boys and girls, to add strong period flavour to our future Wide Games. Very few Girl Scout or Girl Guide gaming figures exist. 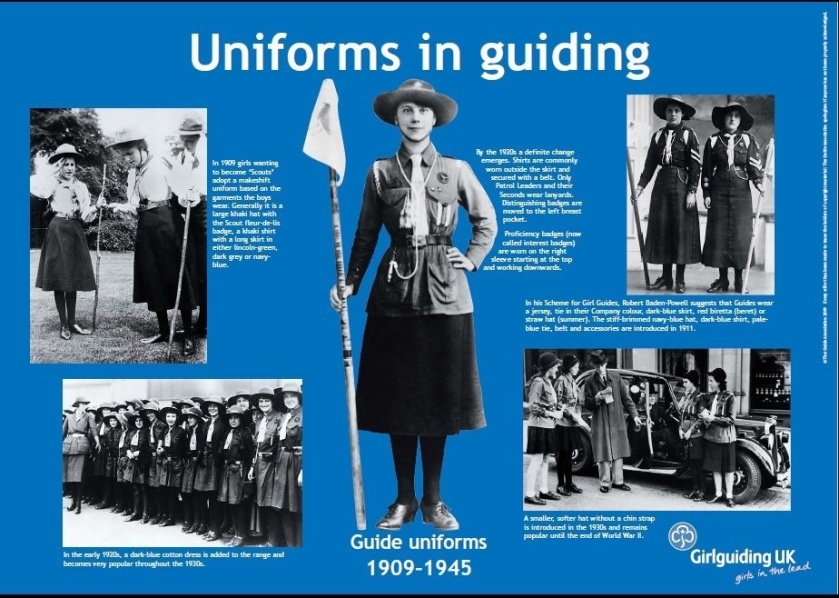 Recently as part of our #FEMbruary contribution we posted an old 1893 article from Girls Own Paper about Women Soldiers: https://manoftinblog.wordpress.com/2020/02/27/women-soldiers-girls-own-paper-article-1893/

However you choose to celebrate International Women’s Day, have a good weekend.

Happy Leap Day 2020. How have you spent your extra Leap Day?

and a reminder from Alan Gruber my Scouting Wide Games co-creator that today is Thinking Day 22 February each year, amid a glimpse of our new 60mm Girls Scouts in the making:

22 February was chosen as it was the birthday of Scouting and Guiding founder Lord Robert Baden-Powell and of Lady Olave Baden-Powell, his wife and World Chief Guide.

Other Scouts celebrate it as B.-P. Day or Founders’ Day. (Wikipedia source)

Man of Tin blog
Create a free website or blog at WordPress.com.