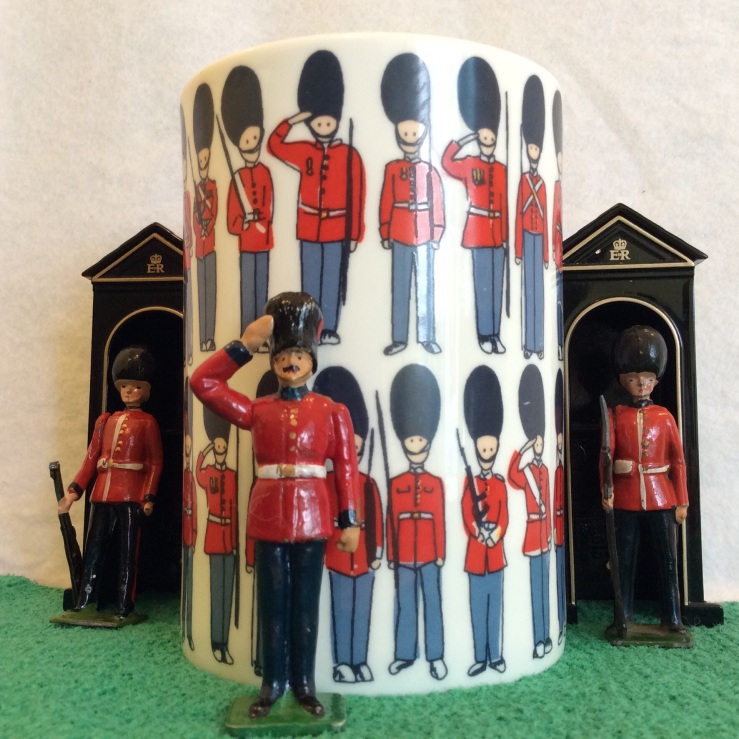 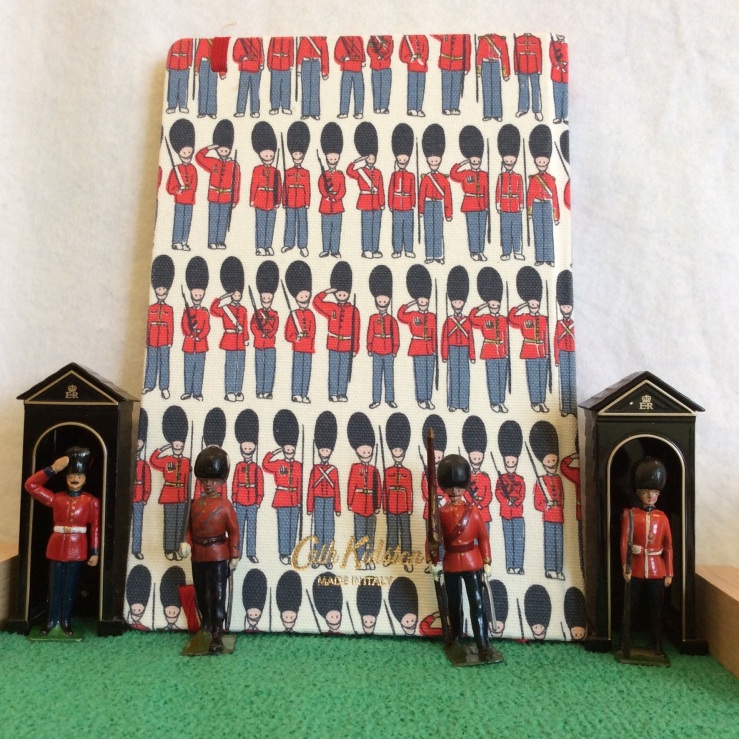 An unlikely source of gaming inspiration on the high street – not my usual pound stores or hobby stores – but a trip to the usually flowery Cath Kidston shops or online store.

She often has some unusual offerings in her “vintage boy” section from Cowboys to Steam Trains and London Guardsmen.

Her 2016 range guardsmen includes a colourful new A5 redesign of this notebook:

Her guardsmen design (2015) as you can see are a strange and charming toylike mix of Danish and British Guards regiments, from different periods (cross belts, modern rifles) but fun all the same. 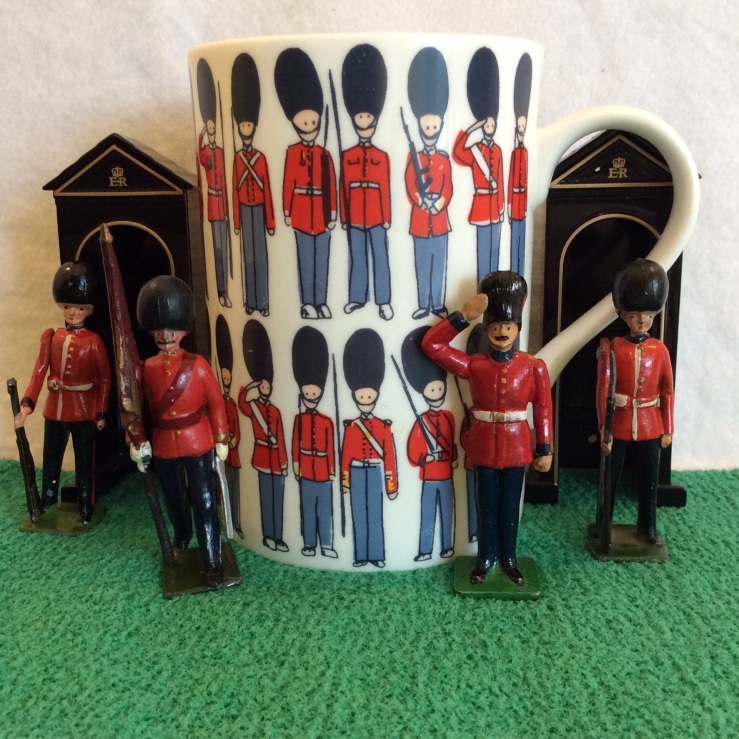 A cup of tea, a perfect complement to your toy soldier section!

Figures in the photographs are original Britain’s guardsmen and my home cast Prince August guards officer saluting, both from my collection.

A batch of Cath Kidston guardsmen design postcards also provided some useful ideas for ‘Card Warriors’ for gaming – watch this space once I’ve finished with my scalpel and glue!

Cath Kidston’s boys range reminds me of past birthday cards for boys which featured cars, motorbikes, steam trains, spitfires, sport and other such ‘boy things’.

More Cath Kidston inspiration from her past cowboy range alongside my colourful collection of vintage lead Cowboys will be featured in a future Man of TIN blogpost.