I have been neglecting my Peter Laing 15mm figures a little of late.

Alan the Tradgardmastre of the Duchy of Tradgardland kindly sent me some spare Peter Laing mounted and dismounted colonial and ACW cavalry with bush hats.

I started painting them as US 7th or Union Cavalry. 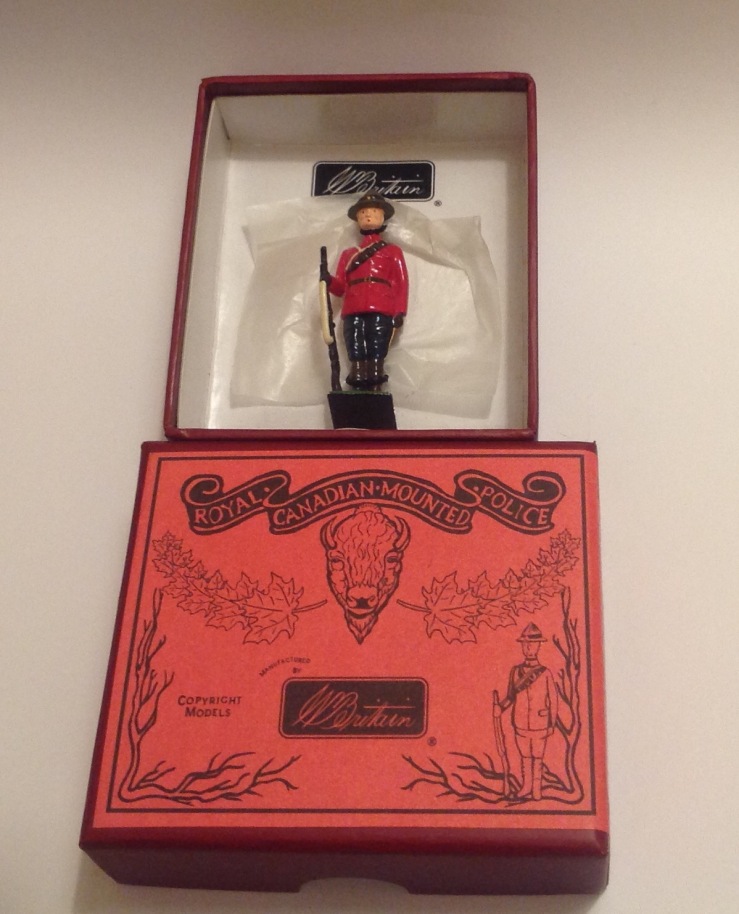 Then I spotted a Britain’s hollow cast Mountie in a display cabinet at home, and this set me thinking.

Wouldn’t a unit of Royal Canadian Mounted Police or  “Mounties” be an interesting use of these figures? 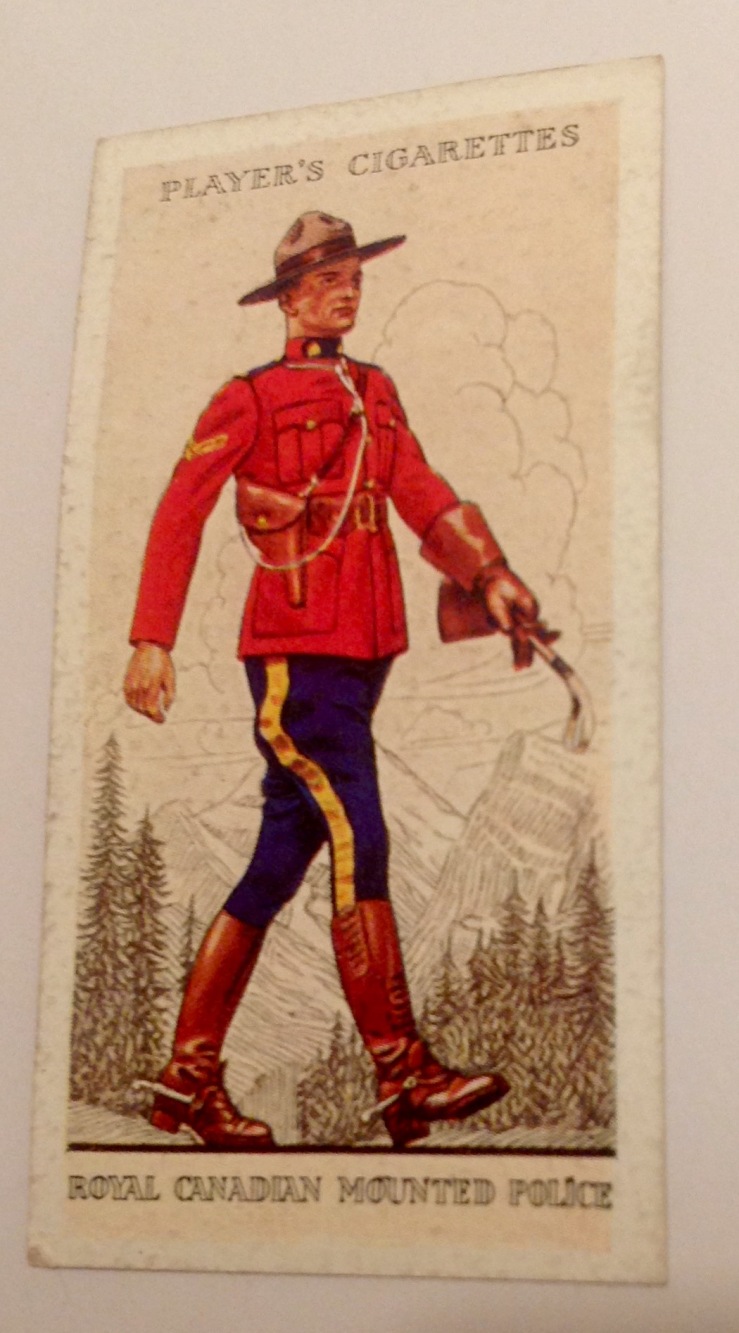 So using this figure and an old 1930s Player’s cigarette card for uniform reference, I set about painting some Mountie test figures.

Downsizing to painting 15mm after months painting 54mm figures was a bit of a change.

These figures could also double up as redcoat colonial infantry or  Imagi-Nations troops for the Bronte Angria / Gondal sagas.

And finally, what roles did or do the Mounties undertake? What scenarios might suggest themselves, having a bunch of Mounties?

There are many interesting small skirmishes or battles that would form interesting and imaginative scenarios with my Peter Laing butternut Confederate figures  as  rebels. I have a small group of unpainted Peter Laing Native Americans to paint up who might be ‘Hollywood useful’ for all this.  https://en.m.wikipedia.org/wiki/Battle_of_Duck_Lake