A quick duelling game, the Bold Frontiers trees and felt streams rearranged quickly to make the log crossing over the stream quarterstaff fight from Robin Hood. 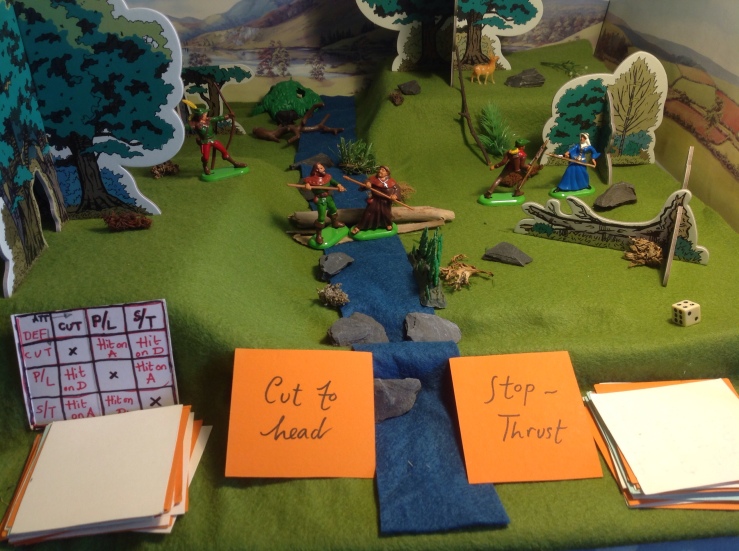 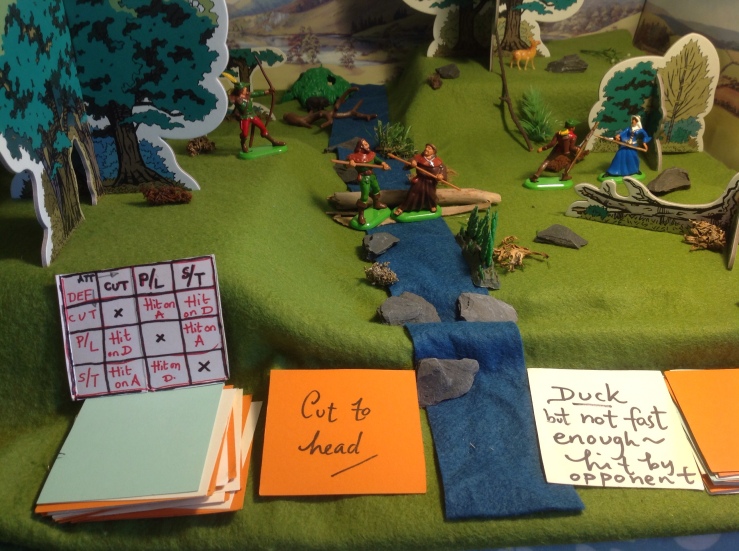 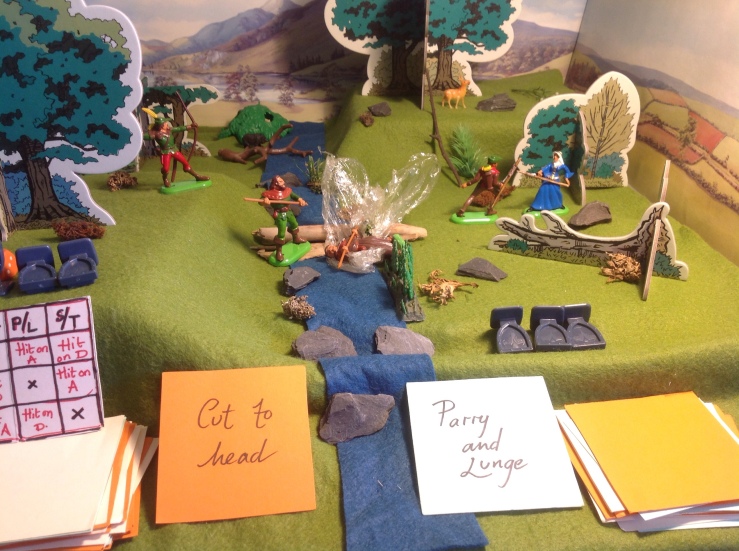 One soggy Friar later, Little John takes on Will Scarlett. 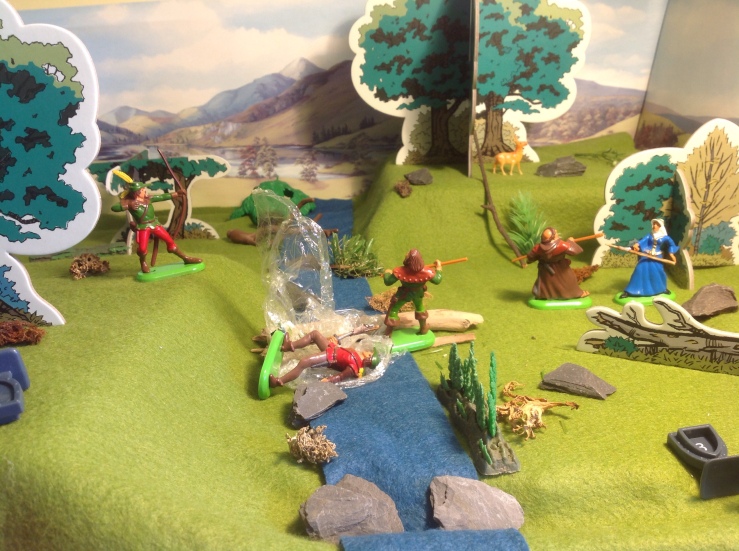 I did not have a quarter staff figure for Will Scarlett or Maid Marian so very quickly masking taped a brown wooden cocktail stick to his sword and coloured the tape with felt tip. The same done for Maid Marian.

Robin Hood is busy watching and eyeing up a deer on the far side of the stream – no doubt the King’s Venison! Before he aims his bow, the deer bounds off with all the splash and noise of pretend battle.

Next up the undefeated two times champion of the log crossing, the still dry Little John is challenged by Maid Marian.

A slip and hit on Little John sees his third or melee life point gone – and into the water with him.

Being a big fellow, he makes a big splash, so Maid Marian isn’t laughing in her well deserved but now soaking victory.

A fun quick knockabout duel, keeping their fighting skills up for their next encounter with the Sheriff of Nottingham – boo, hiss!

The duel on the log is a great chapter in the early part of the Robin Hood story. There was even a duelling set of Tuck vs Little John and log bridge in the Britain’s quite inspired but short lived issue (c.1996) of Robin Hood figures to complement their existing Knights of The Sword, Crusaders and Turkish Knights / Saracens.

Some interesting variations over the years of Robin Hood figures, including Replicants and LOD figures (still available from Steve Weston Plastic Soldiers). http://plasticsoldiers.co.uk/index.php/period/pirates-robin-hood-ancients/

I also have somewhere in my family collection a 1960s Crescent Friar Tuck from Kellogg’s http://cerealoffers.com/Kelloggs/Cornflakes/1960s/Robin_Hood_Figures/robin_hood_figures.html 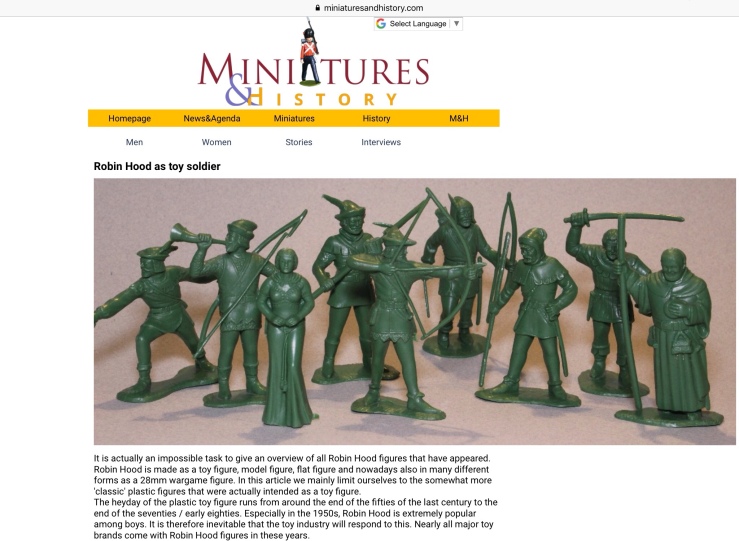 Baden Powell’s Boy Scouts were encouraged to do quarter staff fighting (probably as part of their early Master at Arms badge). Can’t remember if the early Girl Scouts or Guides did. Robin Hood and other chivalrous tales fitted well with the literary and historical “Cloak of Romance” imaginative scenarios for Wide Games.