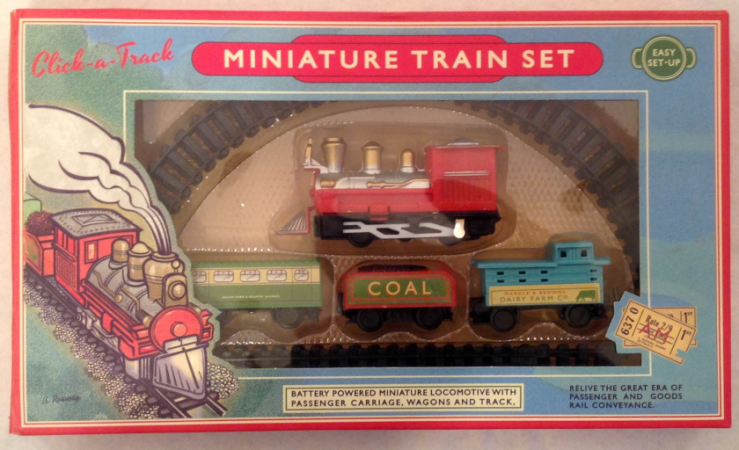 A post on my Sidetracked blog, comparing my delightful battery powered Train in a TIN seen in recent gaming scenarios with a similar Train in a BOX set.

There is also  some suitable sidetracking to Pound Store Plastic  Warriors and WW1 type light railways along the way:

2 thoughts on “Deconstructing Trains in Tins and Boxes”